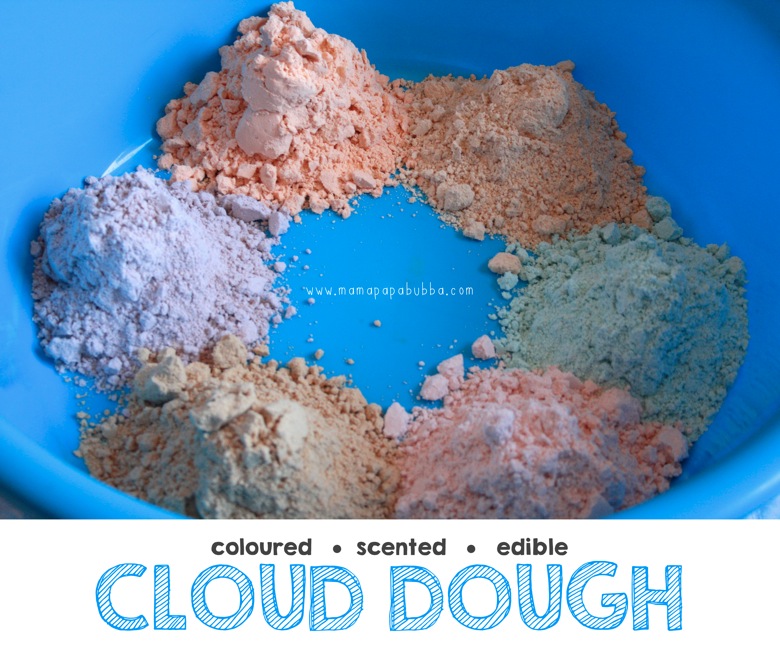 Cloud dough is an old favourite of ours.  We started experimenting with it when Miss G was about 19 months old and she’s loved it ever since.  If you’ve not played with it before, you must.  It’s soft and silky and powdery, but mouldable at the same time, which is loads of fun.  Pair it with some scoops, spoons, and small containers, and you’ll have some very happy kiddos.

We’ve wanted to make a coloured version for quite some time now, but because food colouring won’t work with the ingredients and powdered tempera paint is not something we regularly have on hand, it’s taken us a while to actually get around to it.  Until I found Duncan Hines Frosting Creations here, that is (Kuwait mamas, the Fahaheel Sultan Centre regularly stocks them and they’re about 500 fils a packet).  While they’re supposed to be for flavouring store-bought frosting, we’ve used the powdered flavoured packets for all sorts of play recipes, included our scented frozen sidewalk chalk and our delicious caramel apple pie play dough.  And they worked brilliantly in our cloud dough too.  The best part is that not only do they colour the dough, but they scent it too, which ups the sensory experience that much more. 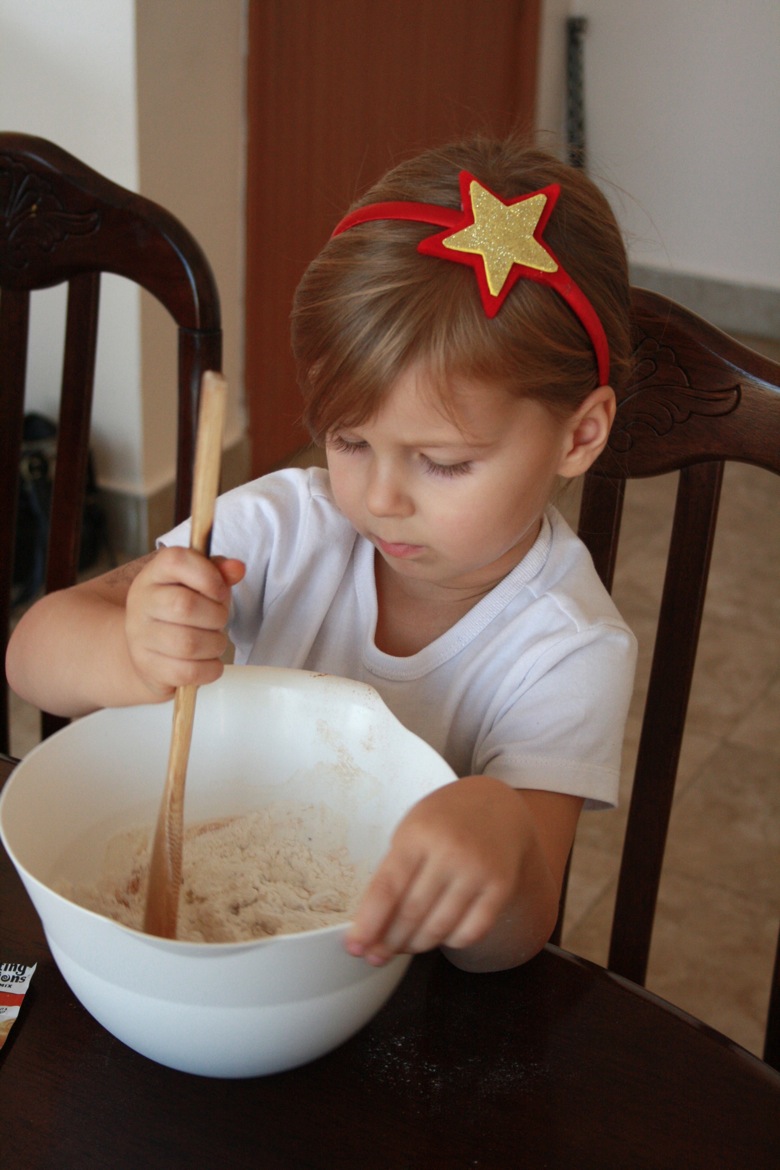 Okay, so maybe I lied.  Perhaps the VERY best part is that the recipe is so easy that Gracen can make it on her own, from start to finish. 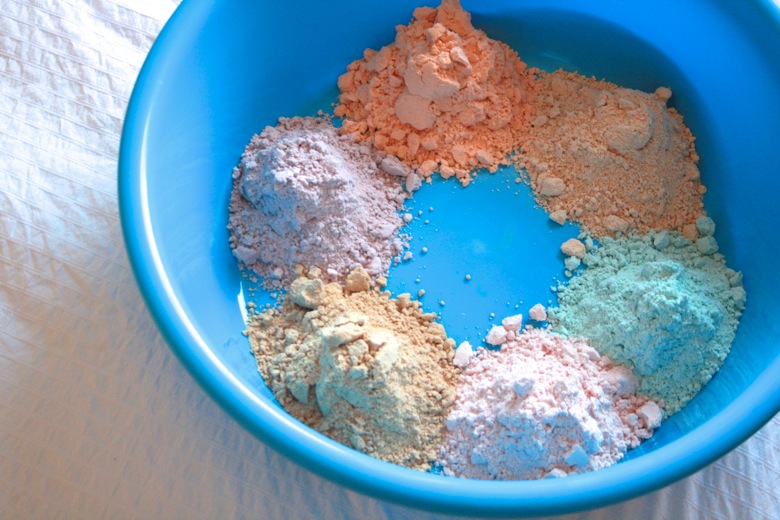 Today, the little miss and I made several batches in preparation for an afternoon play date we were having with a couple of friends.  The scents included orange cream {top} apple pie, bubble gum, strawberry shortcake, cinnamon roll, and white chocolatey raspberry.  Mmmm! 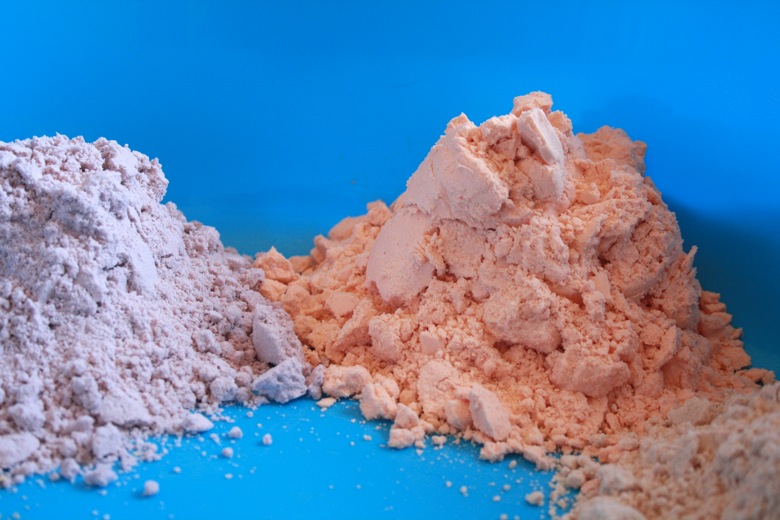 We placed them all into a giant bin, making sure to keep the different colours / scents separate until it was time to dive in. 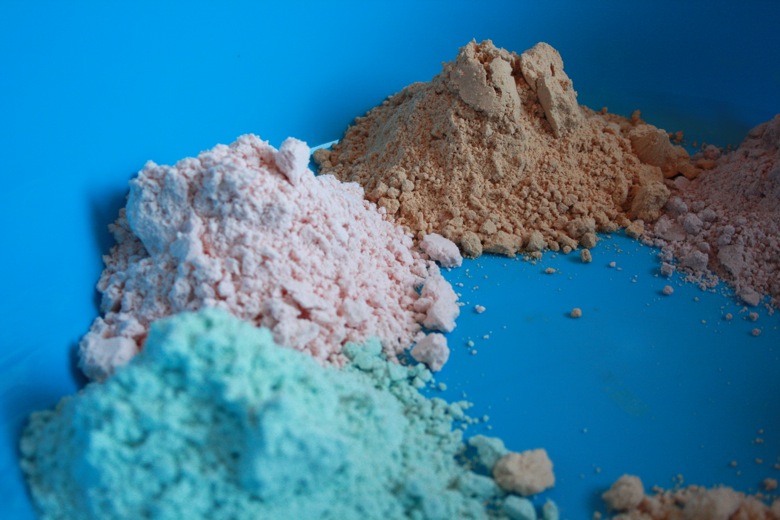 Let me tell you, our main room smelled amazing! 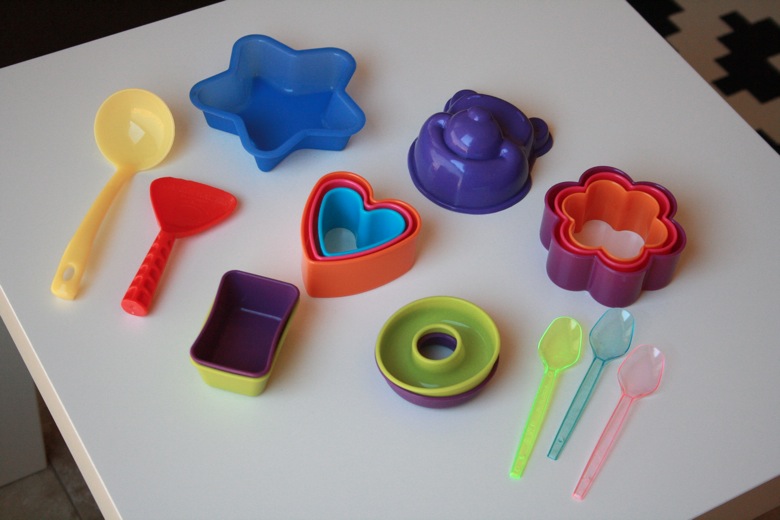 In preparation for our guests, we got some tools ready and laid them out on a nearby table {I always like to give kids the chance to experience the cloud dough without anything in the way first, plus I find that having the tools nearby but not already in the bin helps keep the kids engaged for longer}. 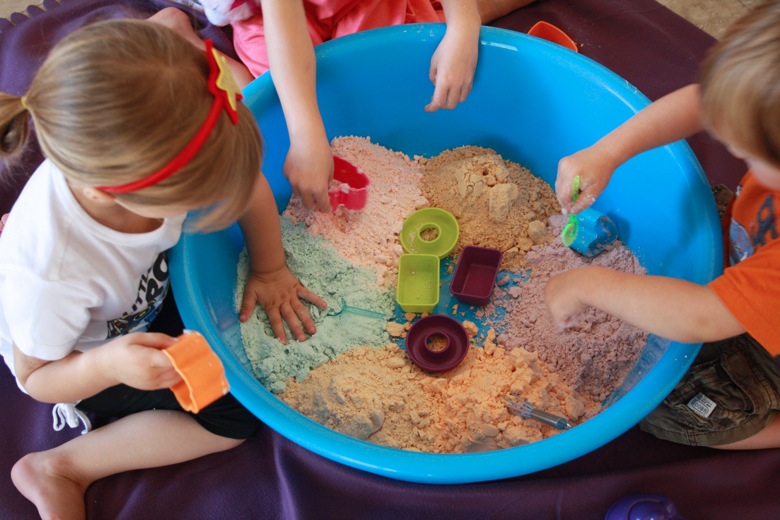 Grae and her friends dove into the bin nose first initially, smelling the different colours and making guesses as to which scents they might be.  Slowly, tools were added into the mix and they happily explored the cloud dough non-stop for over 45 minutes.  That’s what I call a success. ☺

Add the Frosting Creations pack to the flour and whisk.  Add in the oil and whisk until evenly distributed.