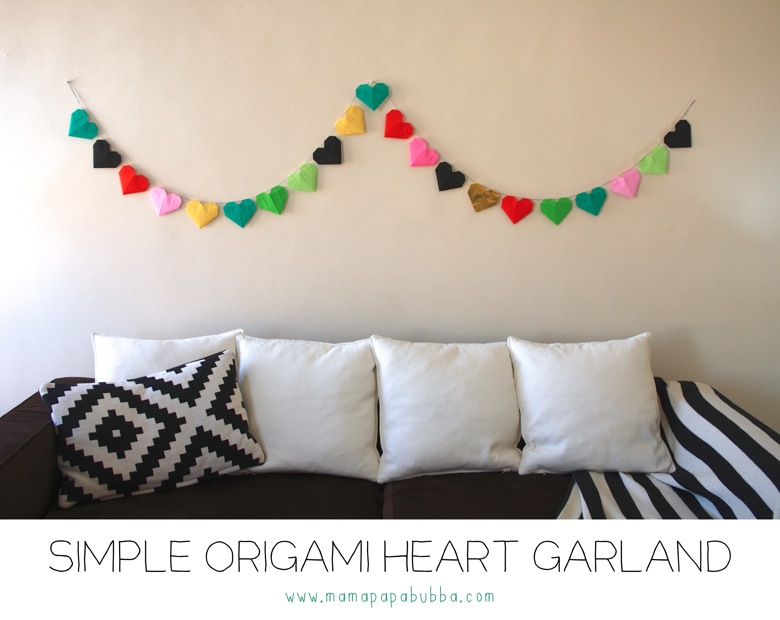 Gracen is all about holiday decorations.  So needless to say, when we announced that it was nearly time to dismantle our tree and put our Christmas things away a while back, she was not really happy about it.  After talking about why we put Christmas things away come January, she asked, ‘So what’s next then?  Like what should we decorate for?’  Hahaha – my little planner. ☺

Of course she was pleased as punch to hear that Valentine’s Day would soon be approaching and began dreaming up all sorts of heart-shaped decorations to display around the house.  I was going to hold off for a little while, but because we’re without a vehicle this week {as we were last}, having fun collaborative projects to work on is a good thing – especially for two people who like to be out and about as much as we do.

The first thing we decided to make was an origami heart garland.  Now if you’ve followed us on Instagram for some time, you already know that we made endless amounts of origami hearts just a few months ago for Miss G’s Japanese-inspired birthday party. They were hung in trees and strung as garlands and were SO pretty given their simplicity.  So why not do recreate the look, but for Valentine’s Day, right?

During the party planning process, I watched and read a ton of different tutorials, and in the end, found a method that produced beautiful hearts and was simple to boot.  In fact, this method is so easy that even Miss G can do it at 3 years old!  Here’s our little picture tutorial…

If you’re like me and like both pictures and detailed written instructions, visit this tutorial – it was by far the easiest to follow out of all of the ones I looked at. 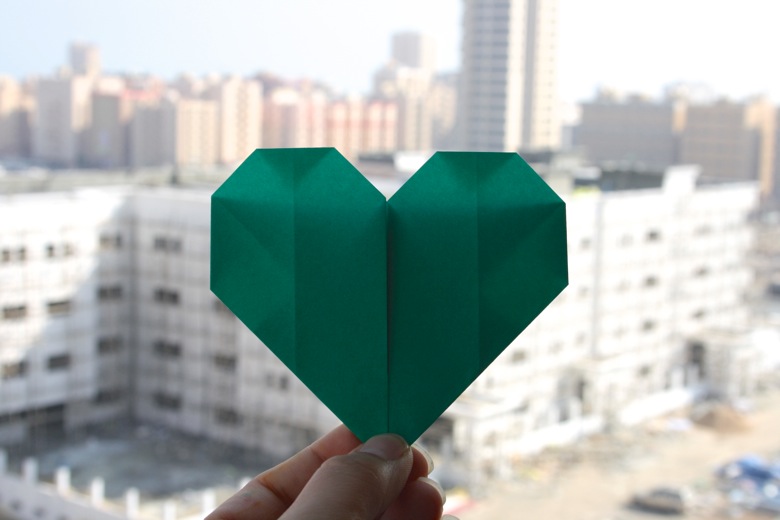 When you’re done, you should have a beautiful, neatly folded heart. 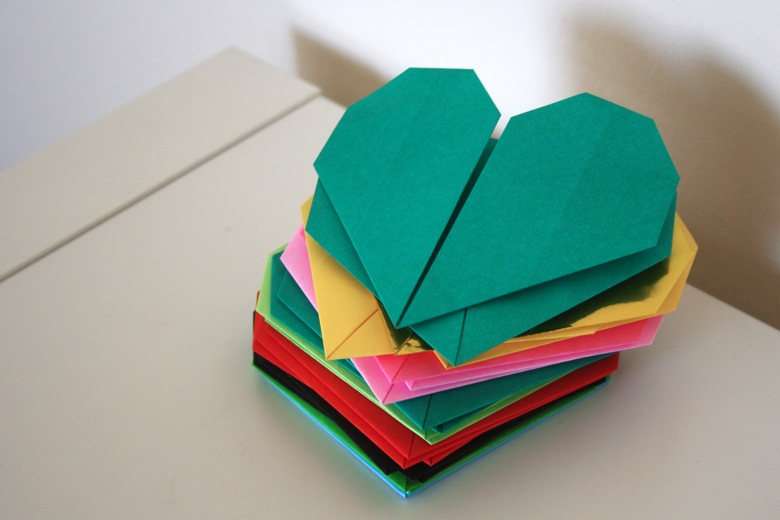 Now make a whole stack of them in order to create a garland. 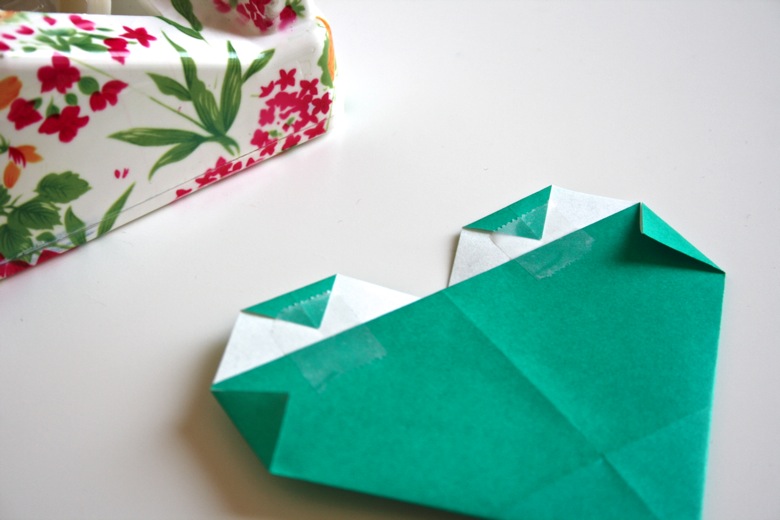 When you’ve got as many hearts as you’d like, flip them over and use a small piece of tape to secure the top flaps down to the body of the heart.  Just be sure to leave a little space without tape at the top, as this is where you’ll slide your string in later. 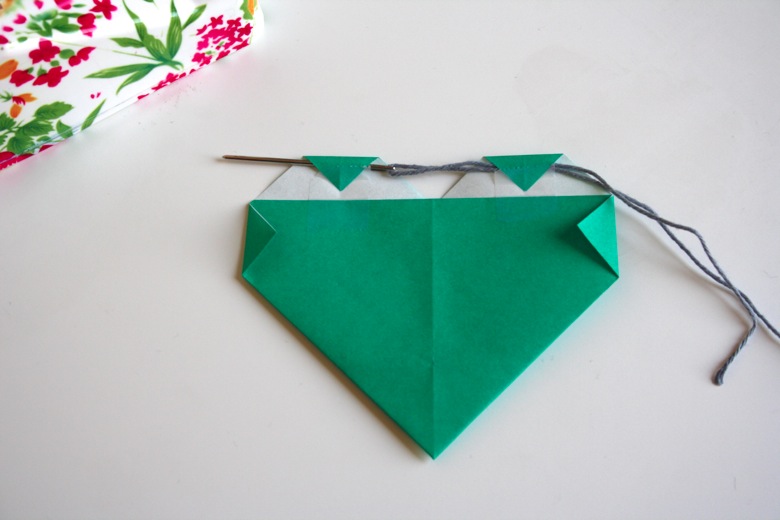 Next, using some embroidery thread or baker’s twine and a needle (we use a blunt embroidery needle), string the hearts onto the garland by passing the needle under each of the top flaps. 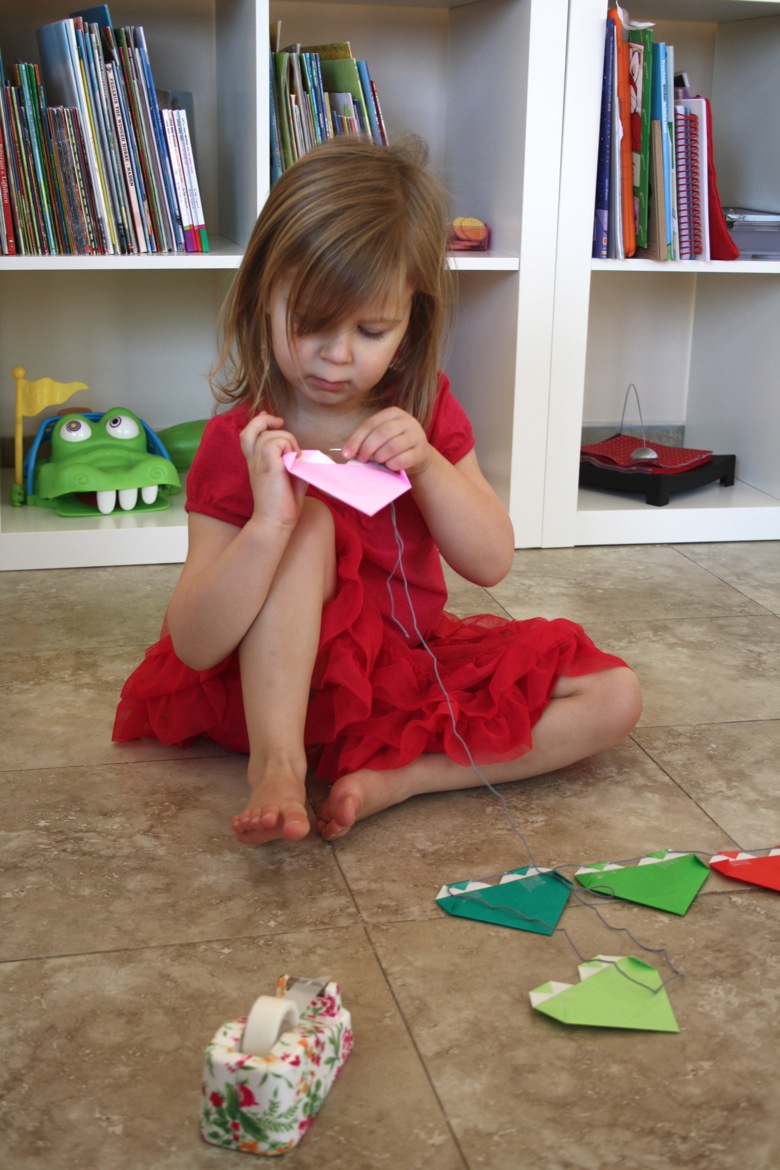 This job is actually really munchkin-friendly and gives those developing fine motor skills a huge workout. 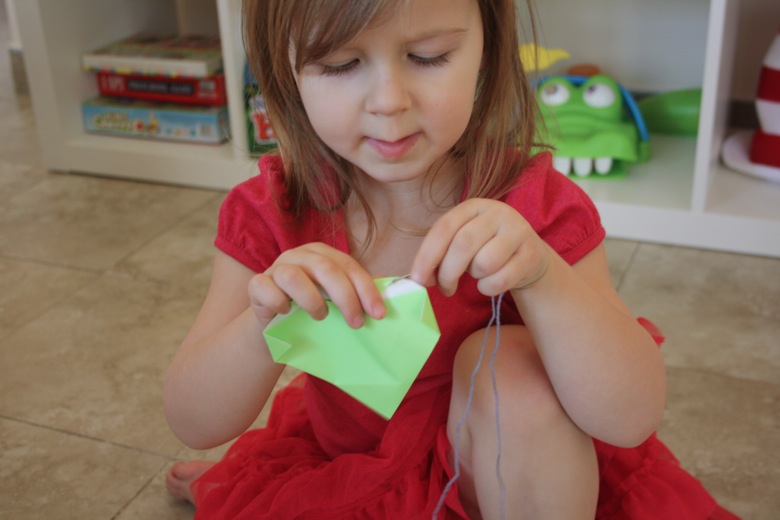 Miss G did most of our stringing. 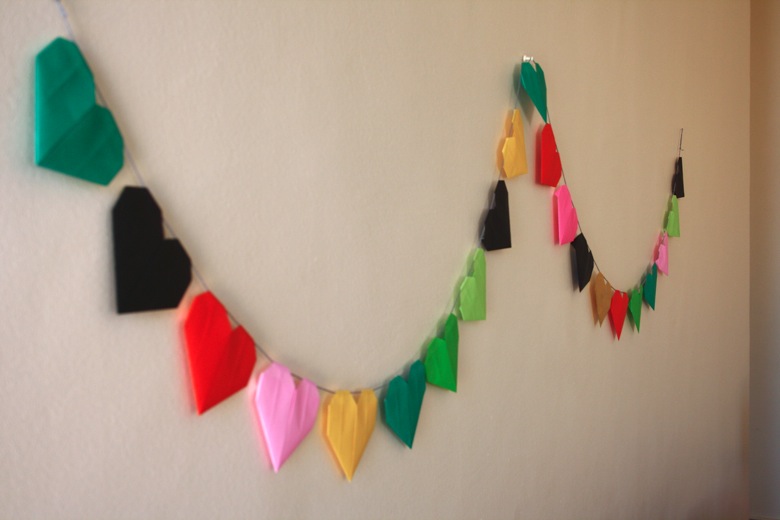 When she was done, we created a loop on either side of the garland by tying a couple of quick knots and banged 3 tacks into our {ridiculously hard cement} walls in the living room. 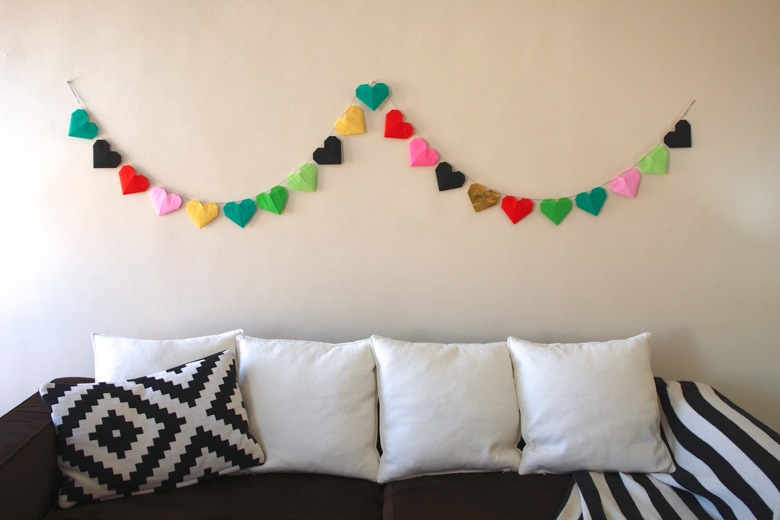 Then we attached our two end loops to the two outside tacks and brought the centre one up in the middle. 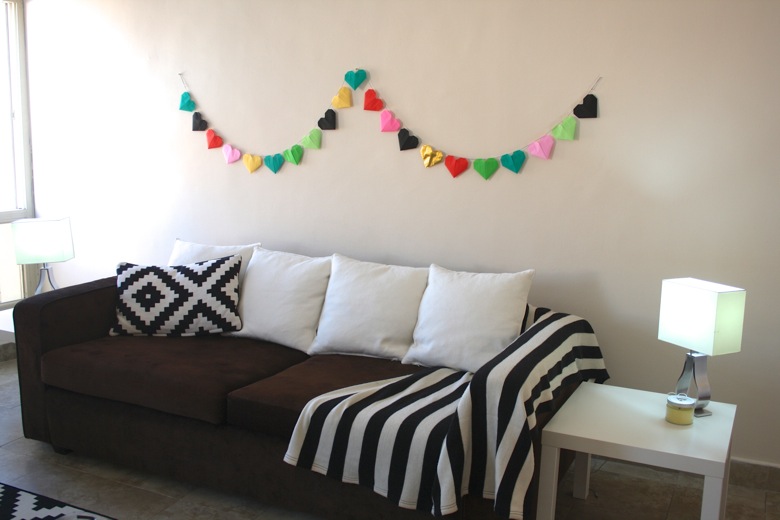 It’s so simple, but adds a beautiful splash of colour on the giant wall we’ve yet to do anything with. 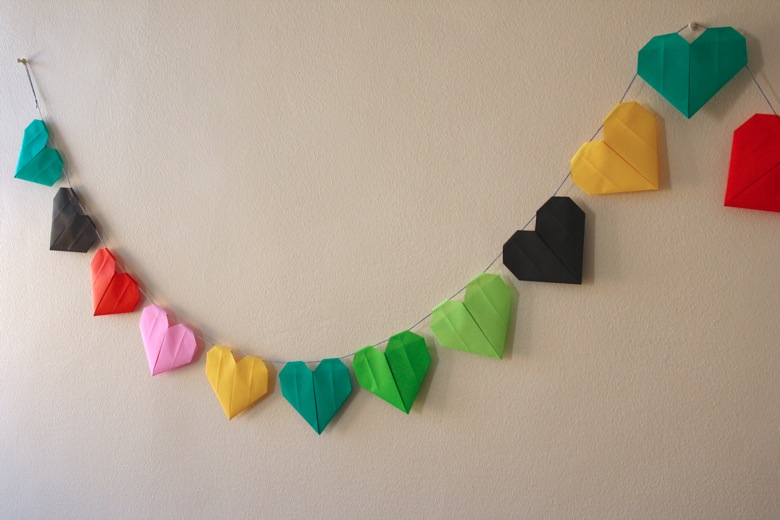 Now to decide which type of decoration is next!