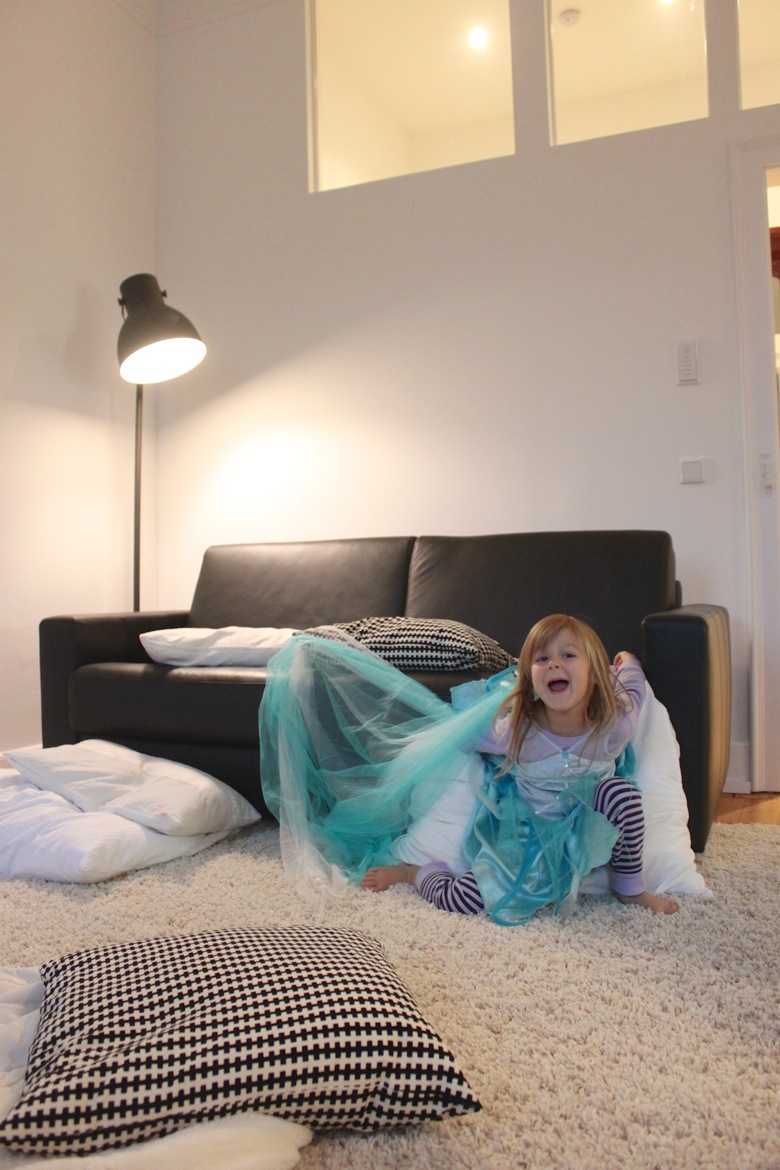 Today was weird.  The morning started off slowly, like many of our mornings have this trip, but then we just sort of stayed in pajamas and did nothing all day long. 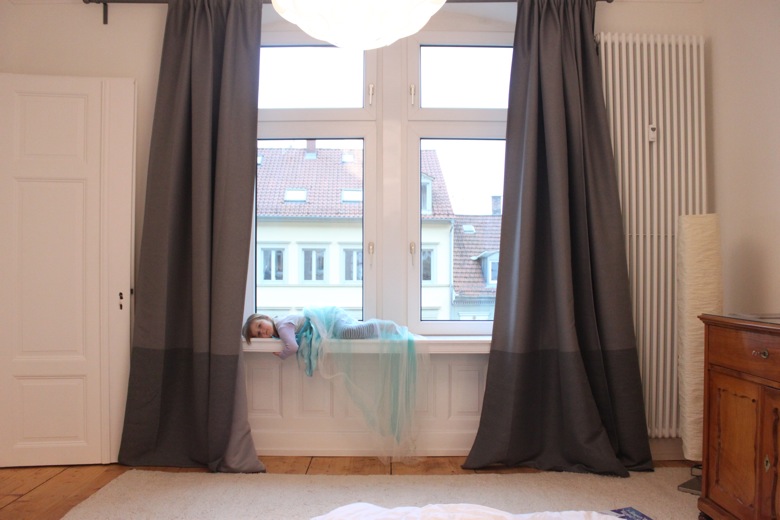 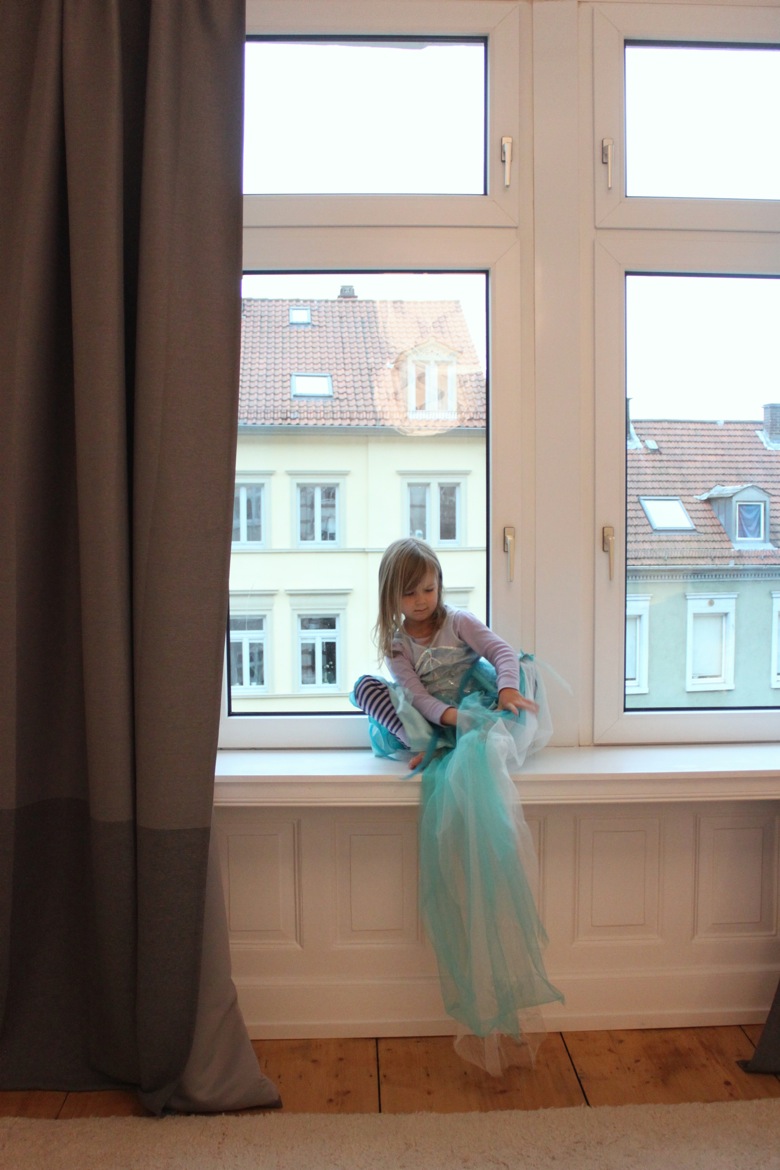 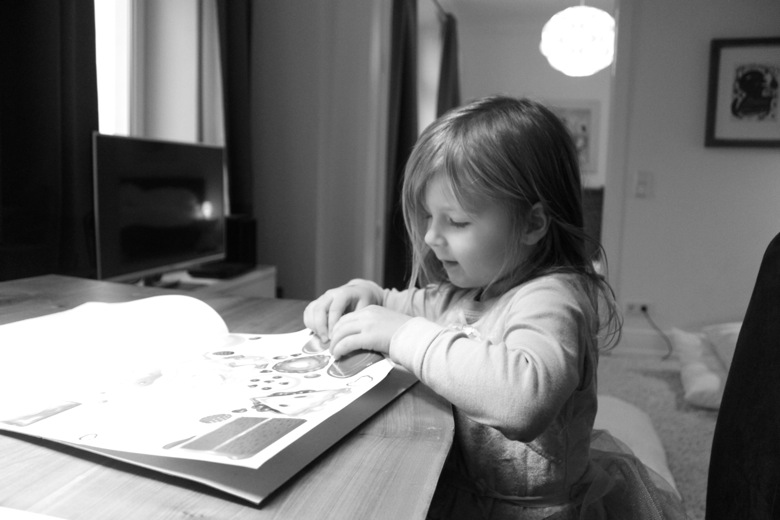 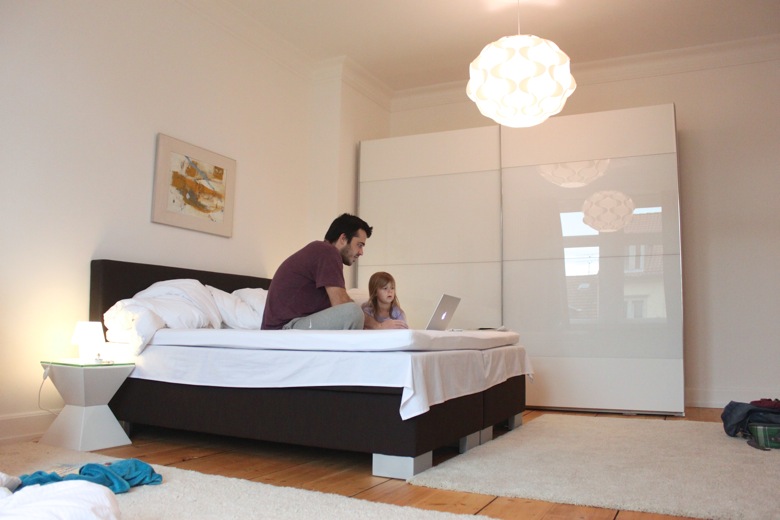 As well as stickering and typing practice… 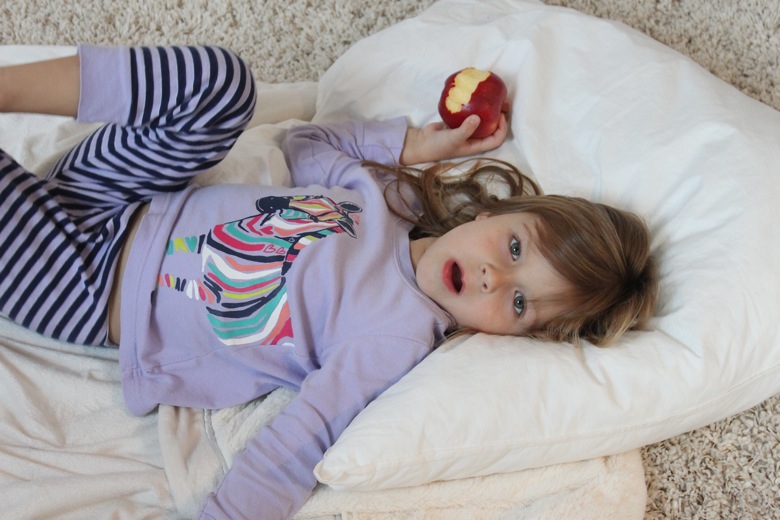 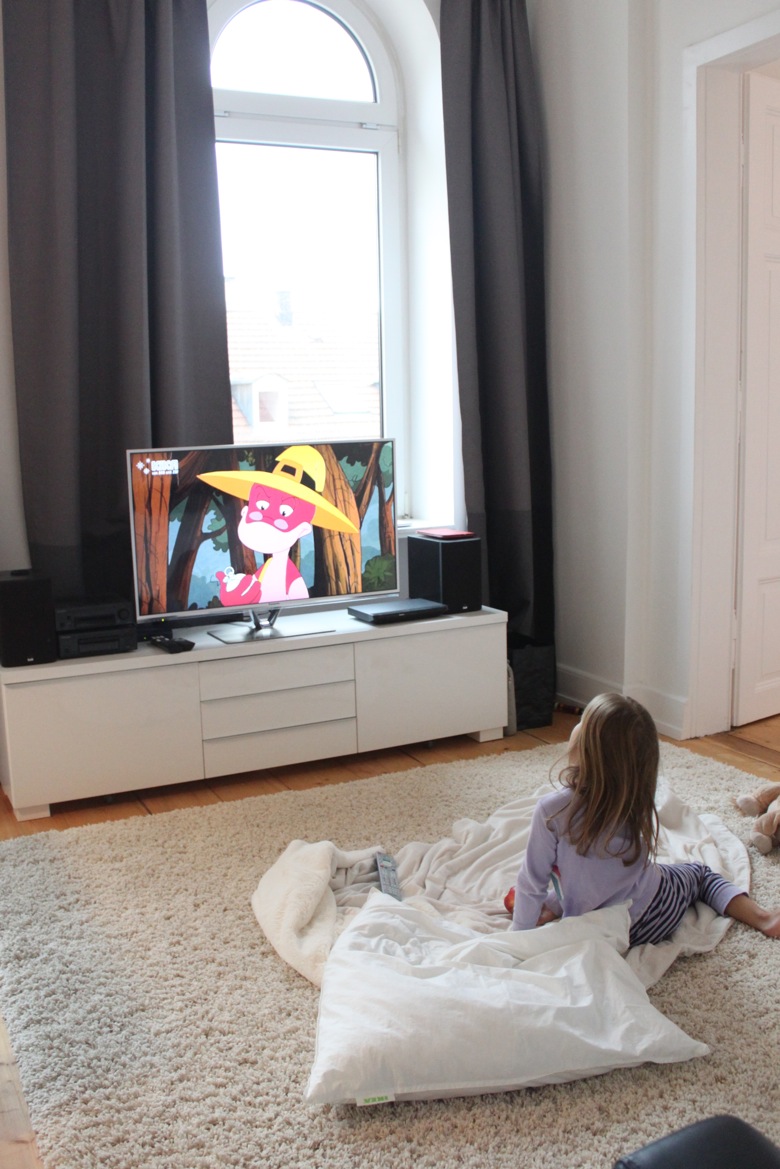 And some German television watching. 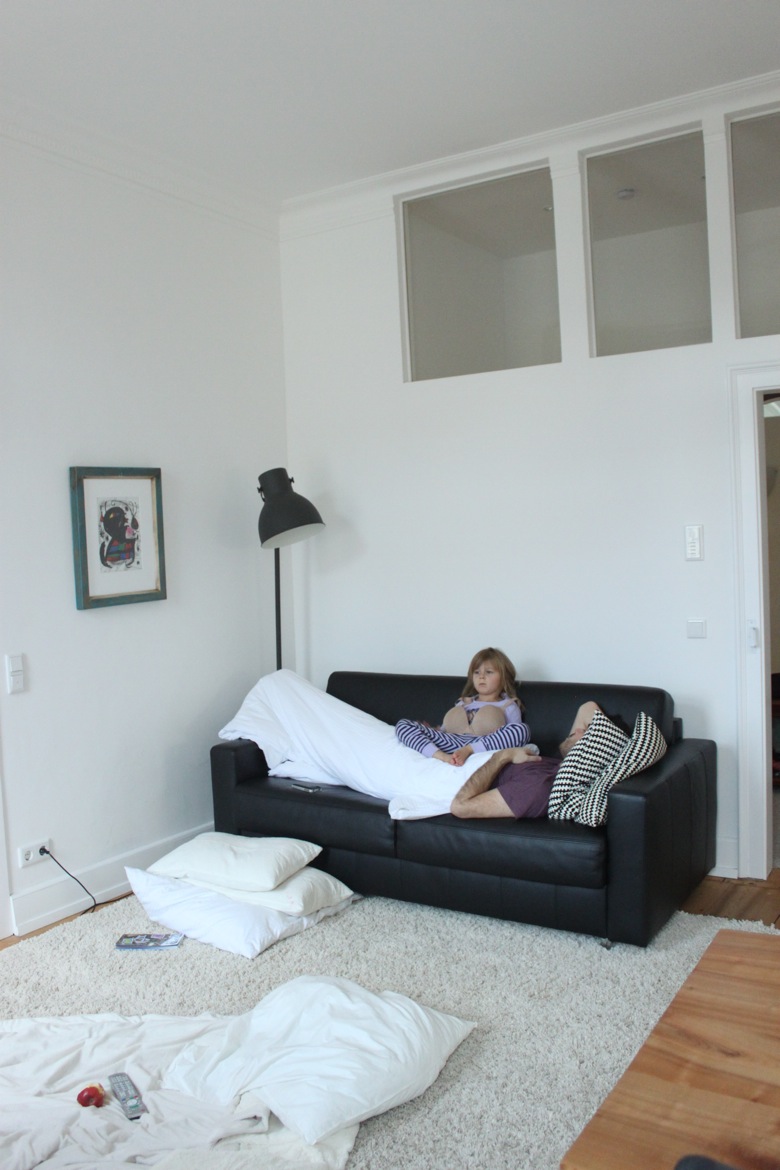 But when Grae and Brad decided that they wanted to stay home all day and Miss G put on a bra {I don’t even know} and they settled in on the couch, I decided that I needed to get out.  I tried to convince my little sidekick that going on an adventure would be great fun, but she wasn’t having it.  ‘I don’t want to go on an adventure, Mama. Too much walking’ {which is fair enough with how much she’s don in the past few days}.  So out I went on my own. 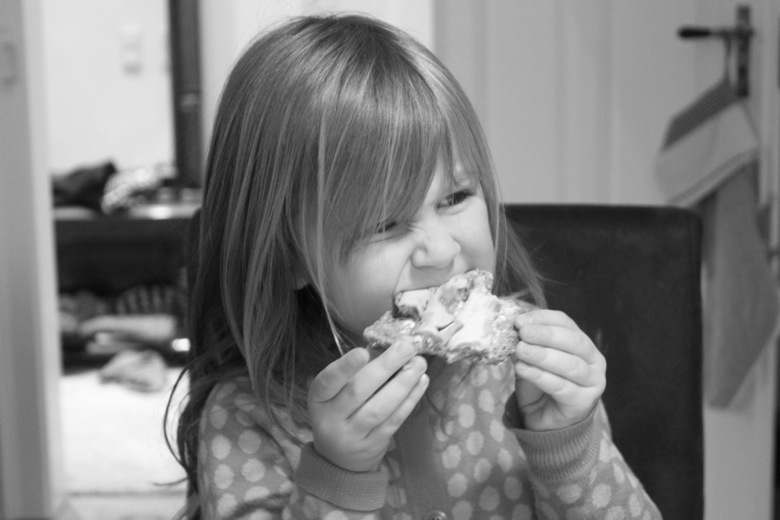 After nearly 3 hours of exploring {hello, craft stores, coffee shops, and organic vegan food shops!}, I returned to find my two little lugs exactly where I left them.  They hadn’t eaten lunch, Grae hadn’t had her usual quiet play time, and ugh – the tv was still on.  I was slightly shocked, but they were both happy and I was feeling refreshed after my time out alone, so meh.  If it only happens once a year… right? 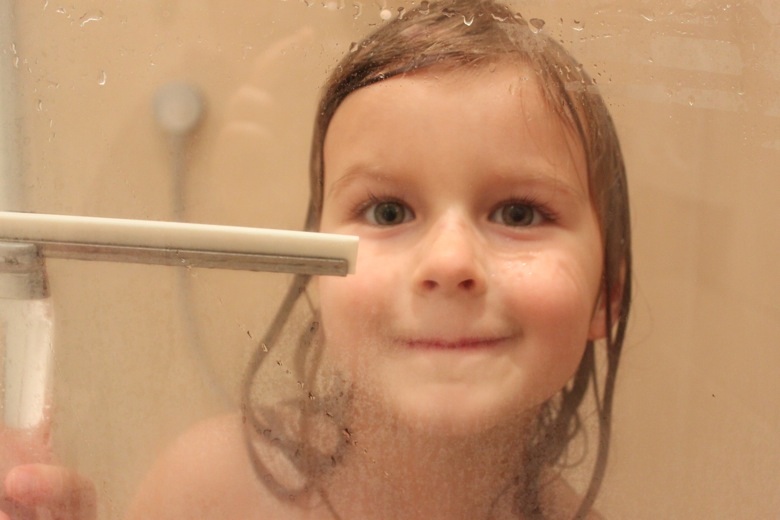 We fed her some avocado toast, spent some time as a family, ate dinner later on, and called it a day.  Yay for tomorrow being Christmas Eve!