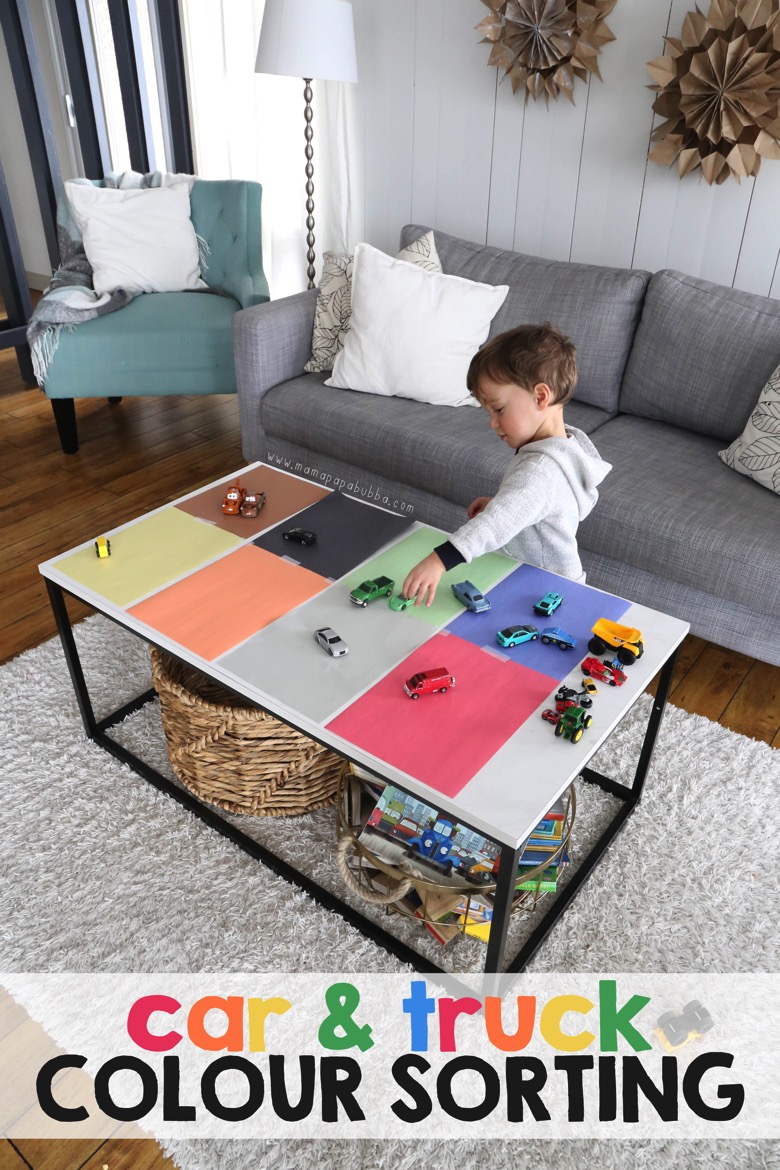 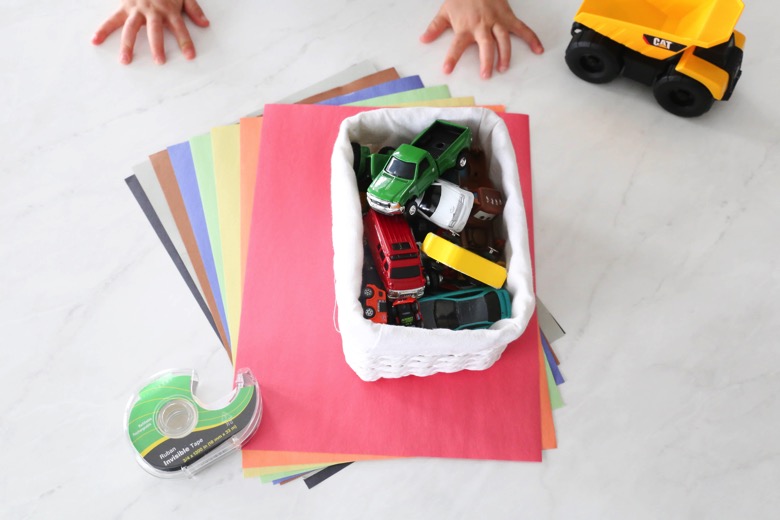 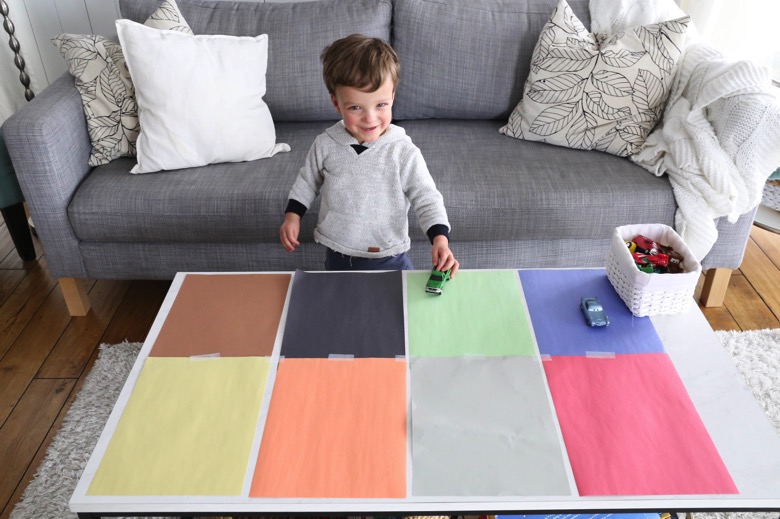 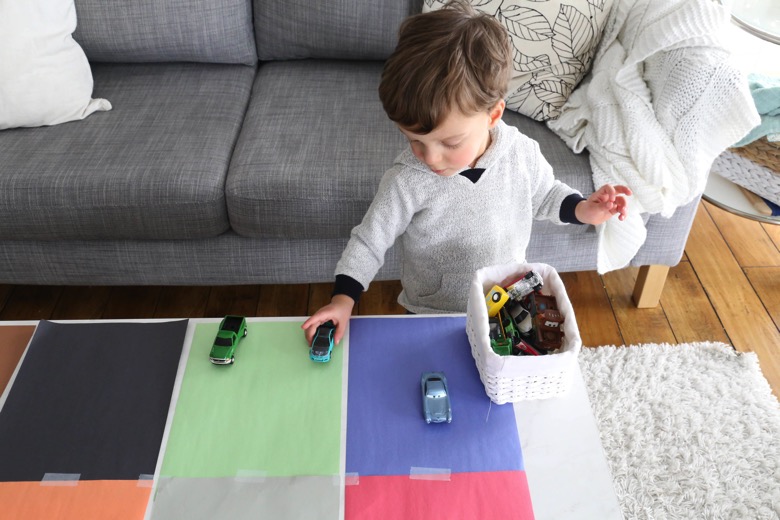 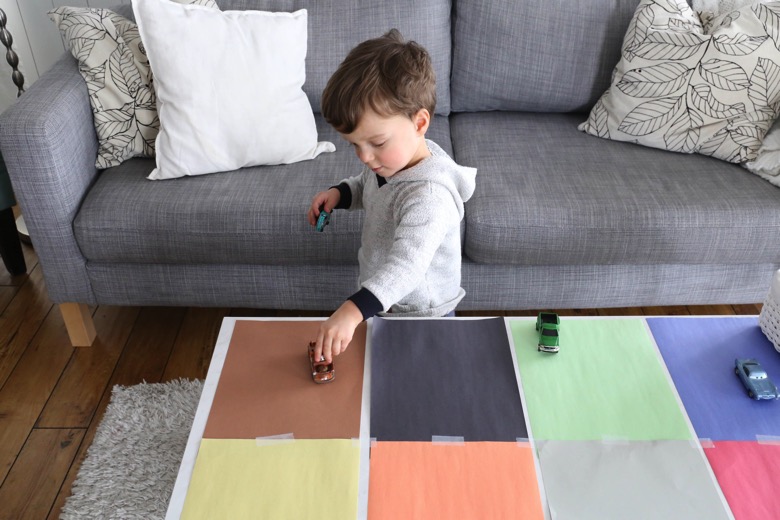 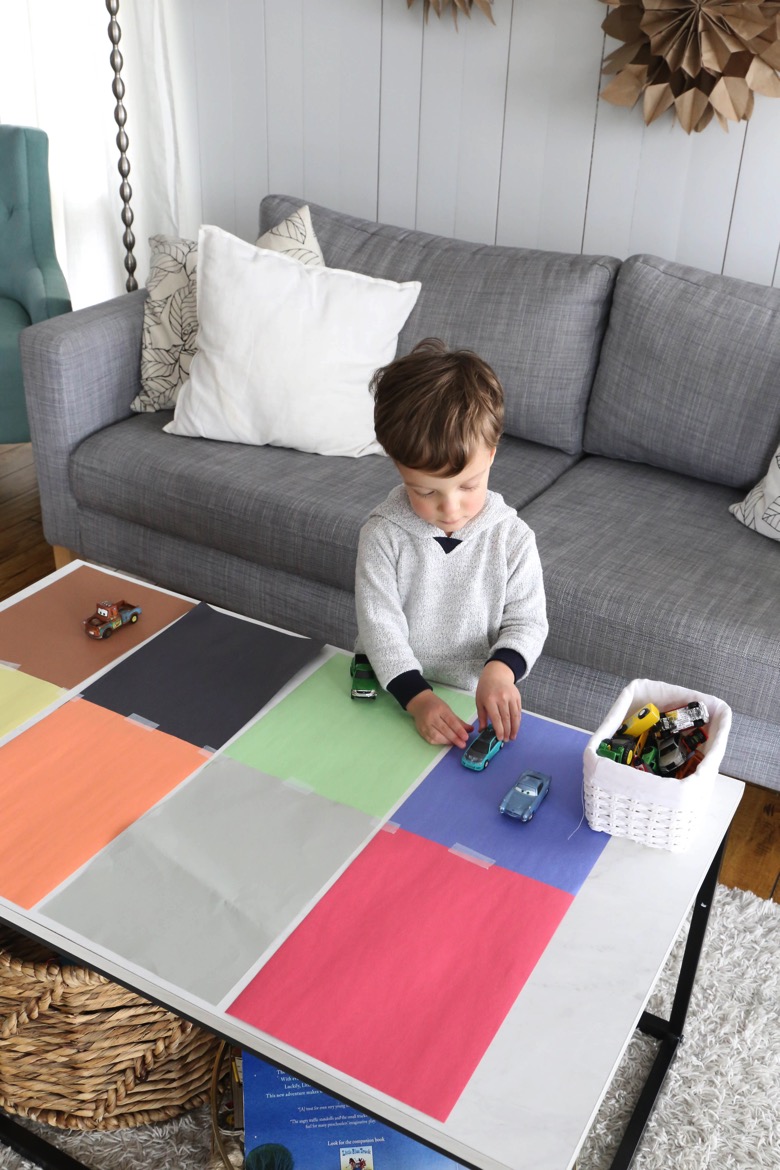 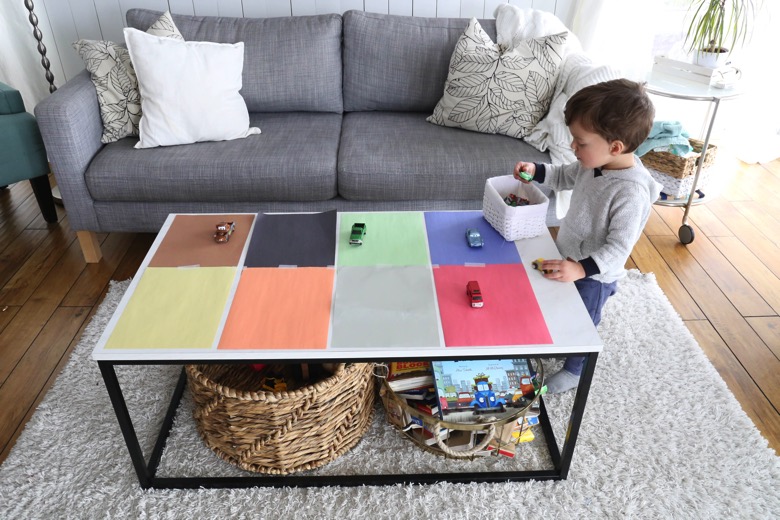 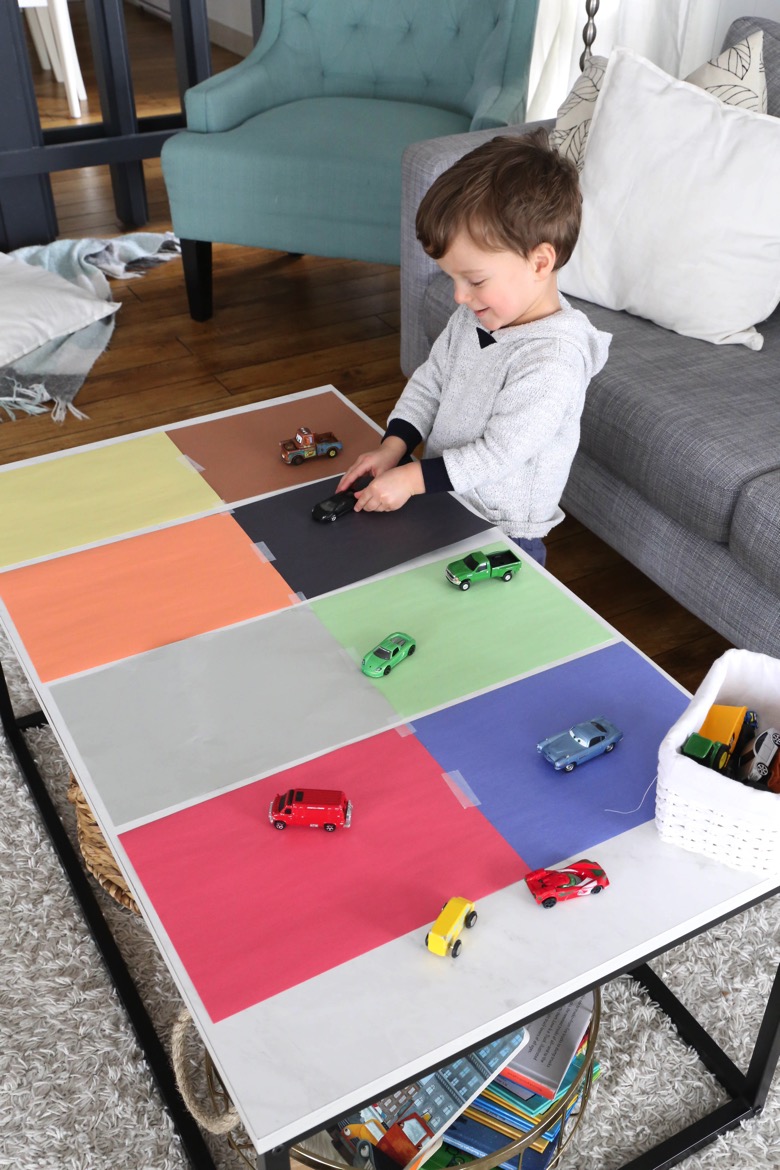 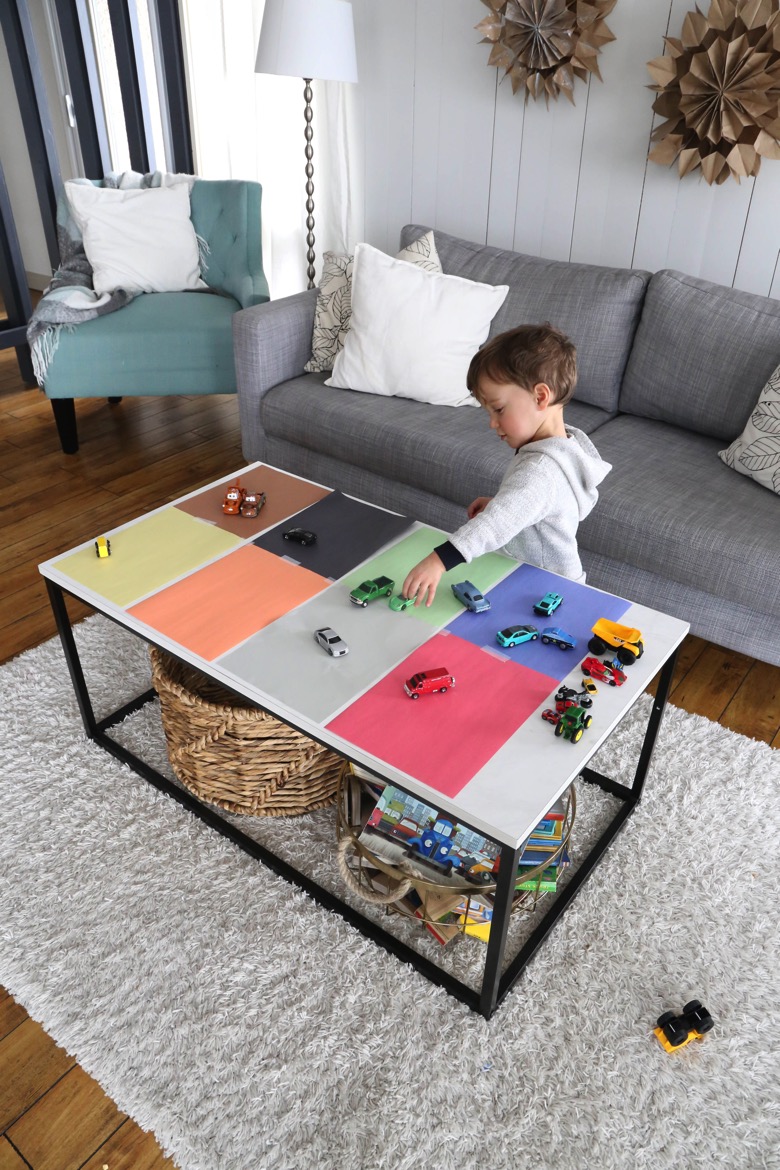 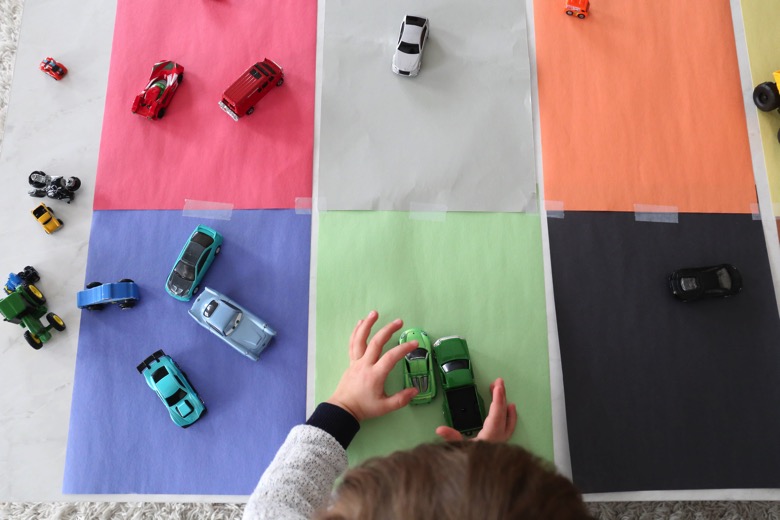 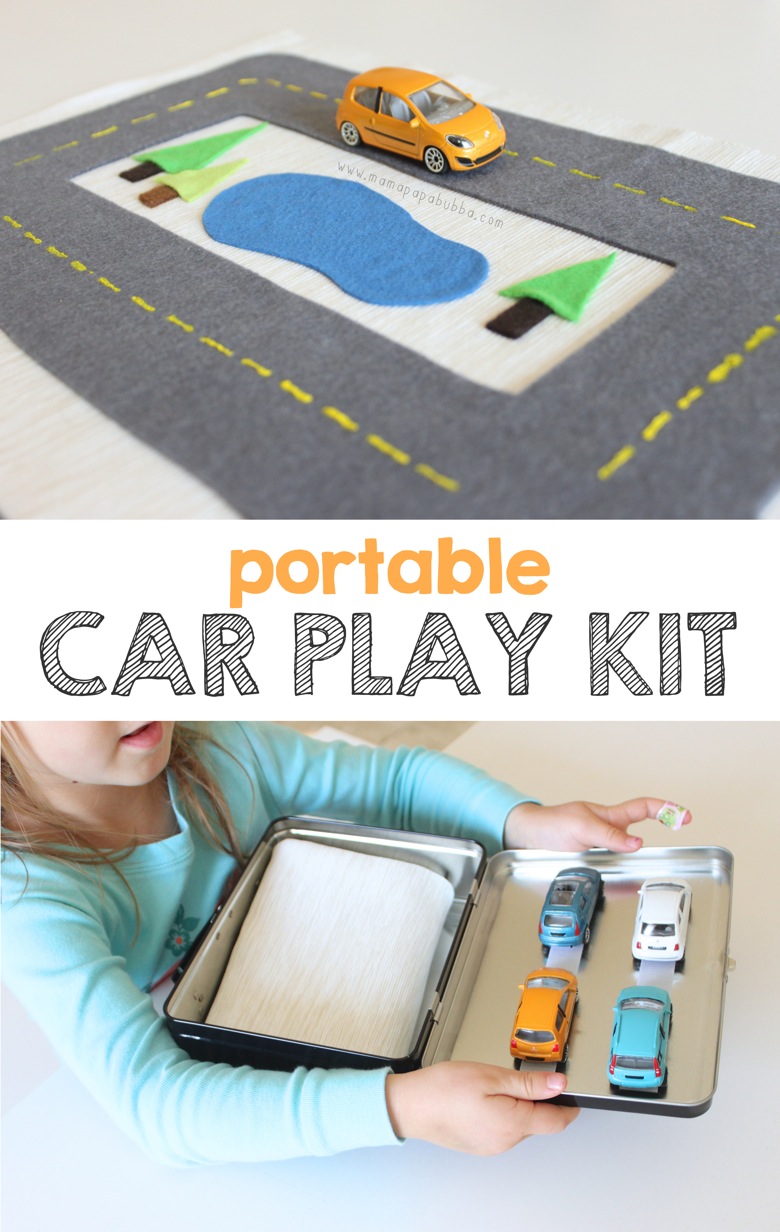 Have I mentioned that Grae and I love putting together homemade gifts?  Because we do.  We love it so much in fact, that despite the fact that we had actually already purchased a gift for today’s party, we decided we would make something instead – just yesterday afternoon!  Today’s birthday boy is a car lover through and through, so we used that for our inspiration.  He also {like many of our international friends} is often on the go, so we decided to make him a portable car play kit so that he has a fun and easy way to take his beloved toys with him – whether it be to a restaurant, on an airplane, or over to a friend’s house.

END_OF_DOCUMENT_TOKEN_TO_BE_REPLACED 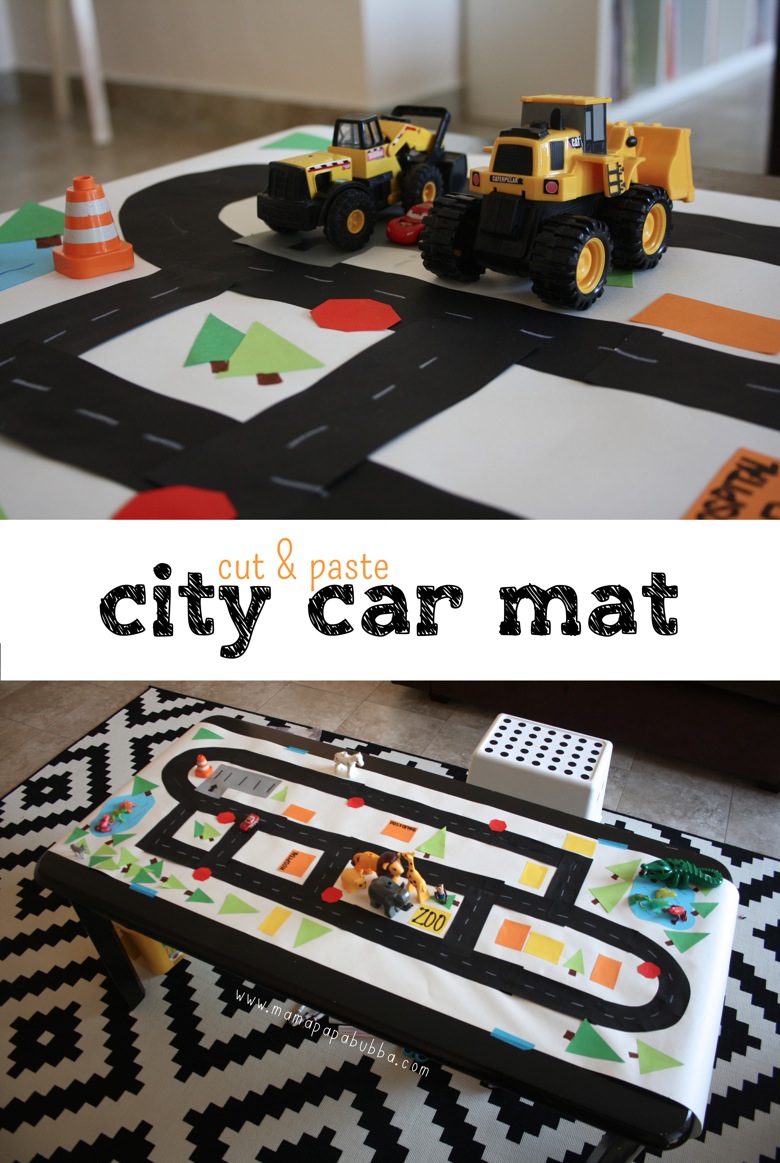 Deep in a bin of secondhand Duplo I picked up yesterday, Miss G discovered a tiny little Lightening McQueen car and immediately fell in love.  Though she’s not really watched any movies yet, she and Brad have watched bits and pieces of Cars on their special days together and she adores the characters.  Upon discovering him, she suggested that we build him a track to drive on.  She most likely had our painter’s tape roadway in mind, but when I suggested a cut and paste city with lots of roads for driving, she was more than game.

END_OF_DOCUMENT_TOKEN_TO_BE_REPLACED 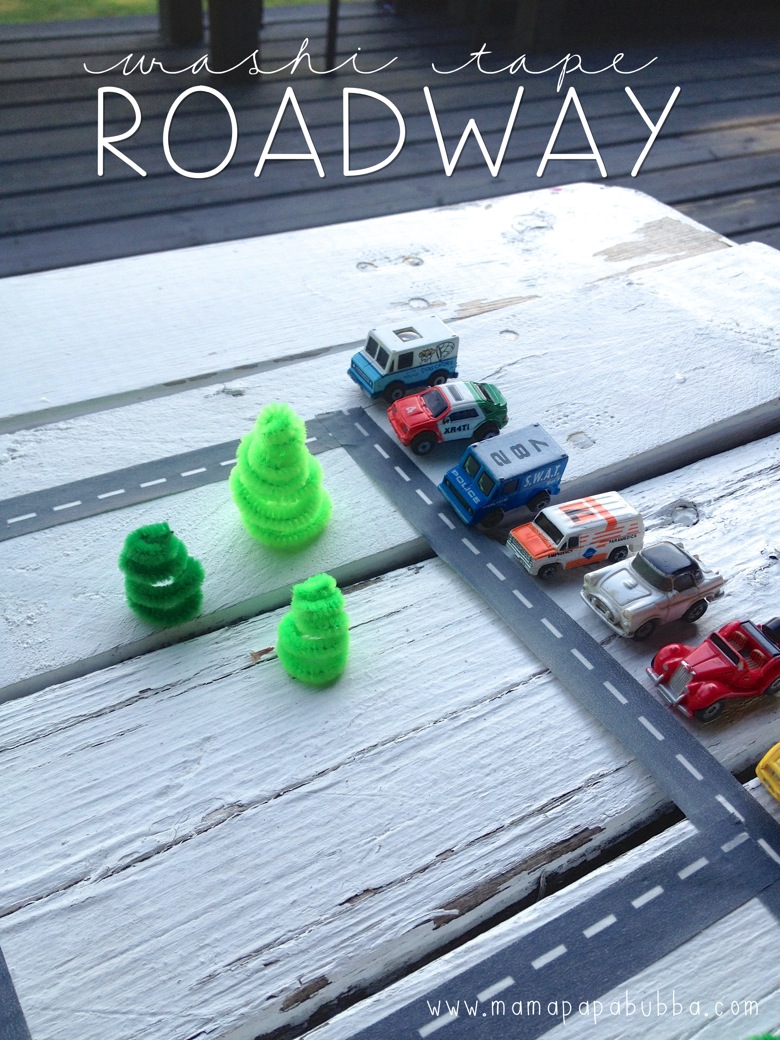 Have I mentioned how much I love when fun, unplanned activities just come about naturally during the day?  I do!  In fact, I often find that they’re some of our very favourites.  That’s exactly what happened today with our super simple table top roadway.

END_OF_DOCUMENT_TOKEN_TO_BE_REPLACED 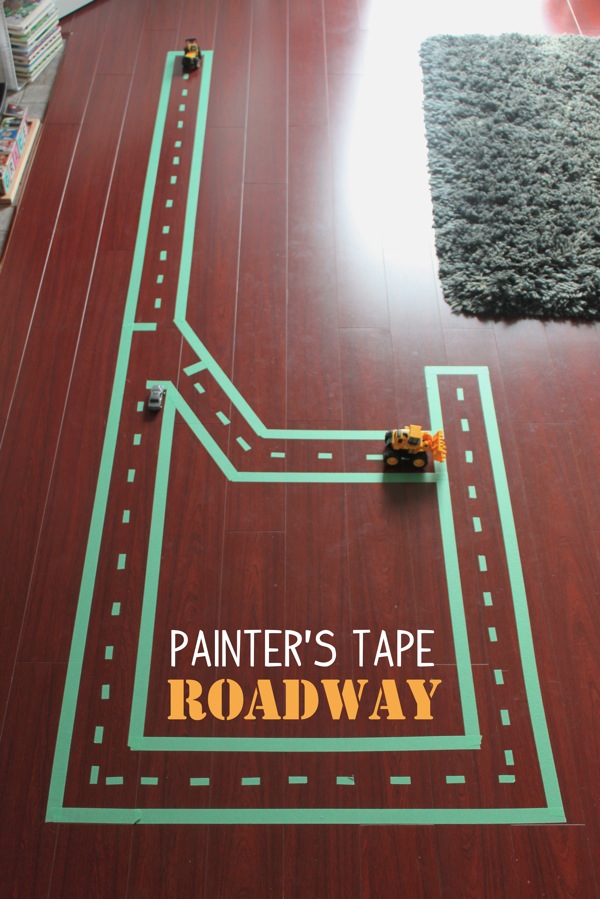 This afternoon as Gracen and I were working on our ribbon wand project, Miss G asked for a “biiiiiiiiiig” piece of painter’s tape.  I obliged and asked her what she was going to do with it.  Her response was, “Stick it on da floor”.  Bright idea, my girl. 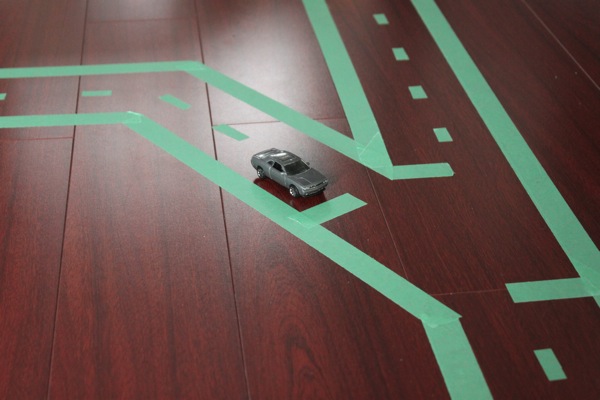 I’m not quite sure how it all happened, but before long, we were both sitting on the floor ripping off pieces of tape and creating this little indoor roadway. 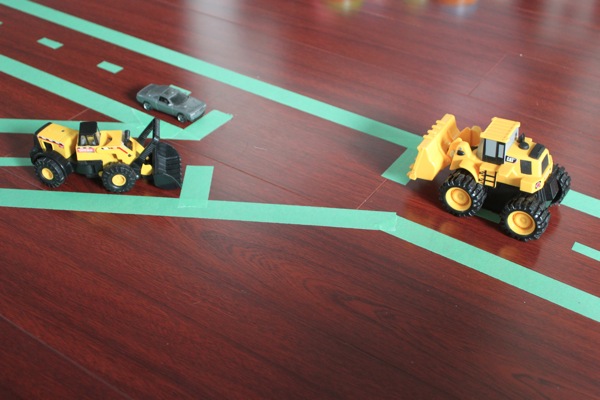 As I snipped pieces of tape in half lengthwise and begun adding our lanes, Miss G gathered up her car and tractors. 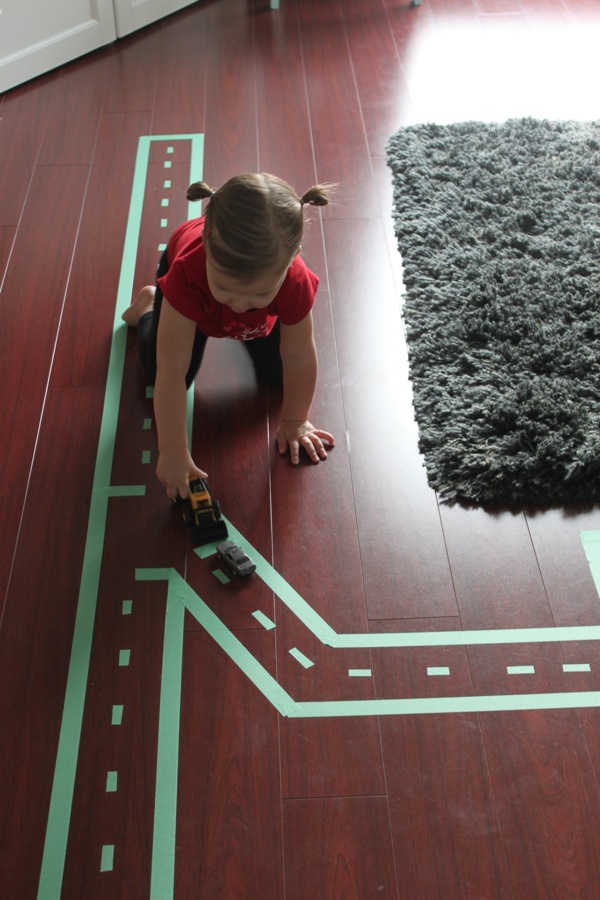 She started driving her vehicles around on it as soon as she could and we even had a few “races” {and collisions}. 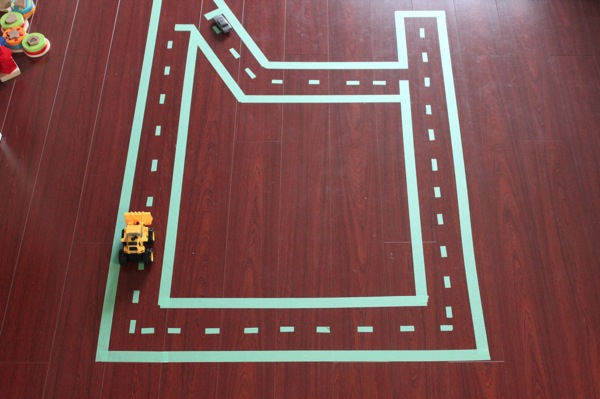 This is such a simple {and inexpensive idea}, yet it brings hours of fun and endless possibilities.  Brad came home from work and immediately commented on our dead ends, so there may revamp in our near future. 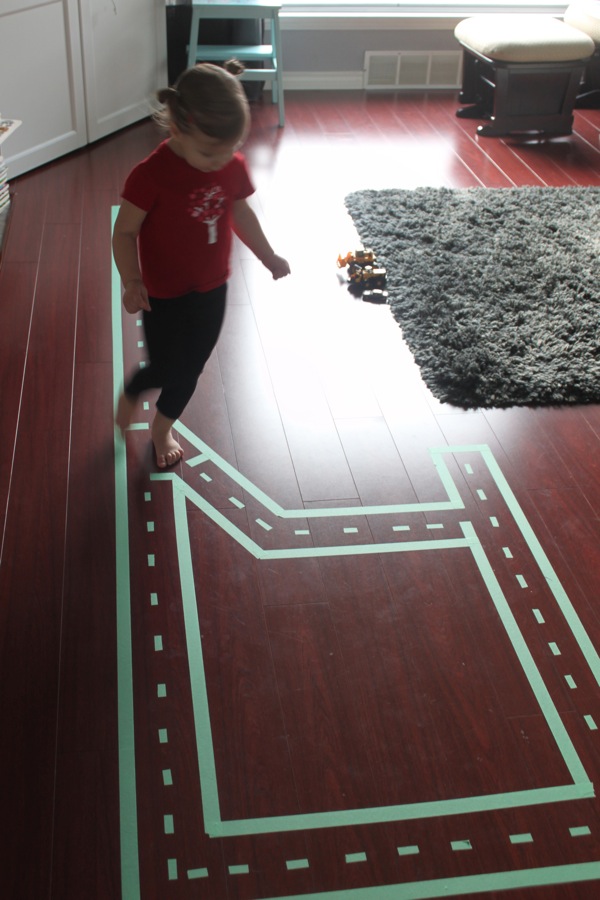