Always looking for new, fun sensory bin ideas, I stumbled upon this webpage last week.  Since Grae is such a little bird lover, I knew that a bird-themed sensory bin would be a total hit.  We already had huge bag of bird seed on hand for our feathery friends who live in the backyard, and throughout the week, I went about collecting little extras.  Everything needed was very inexpensive and was found at our local dollar stores, but would be available at craft stores too. The little birds are called ‘Mushroom Birds’ (I have no idea why, but they are) and can be found where fake flowers are sold. The nests are formed with faux moss (also found in a fake flower section), the flower branches are held in place by folding the branch over and anchoring it in the seeds, and the pinecones were borrowed from one of Gracen’s many collections.  The little wooden bird house was painted by the little lady a few days ago, which was a fun activity in itself. With all of our items collected,  I assembled everything during today’s nap and had it ready to go as a fun little afternoon surprise. 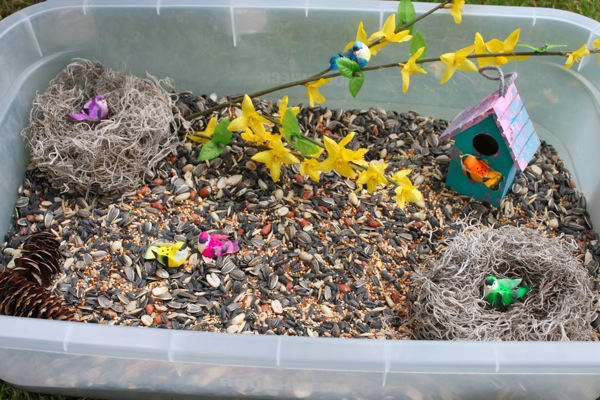 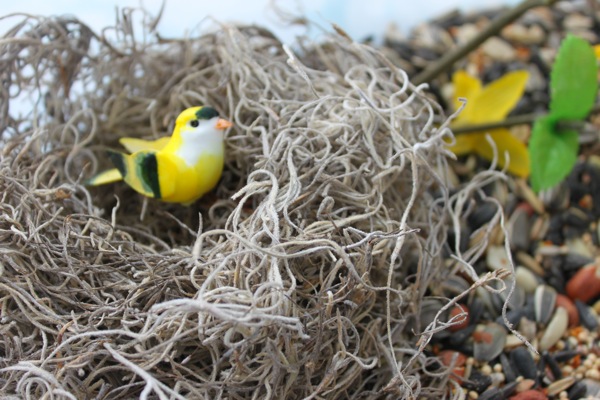 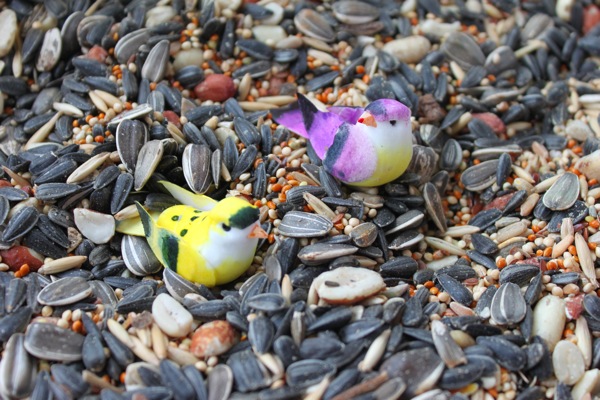 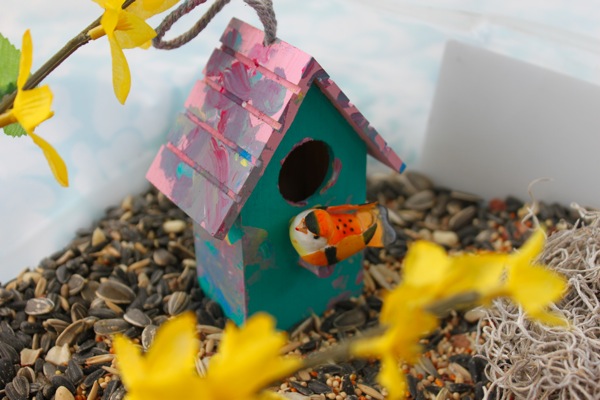 Gracen literally couldn’t get out the door fast enough when I told her I had something fun for us to do outside.  And when she saw the birds? There was a serious squeal of excitement. She immediately set about exploring the nests, moving the birds from place to place, and filling the bird house with seed. 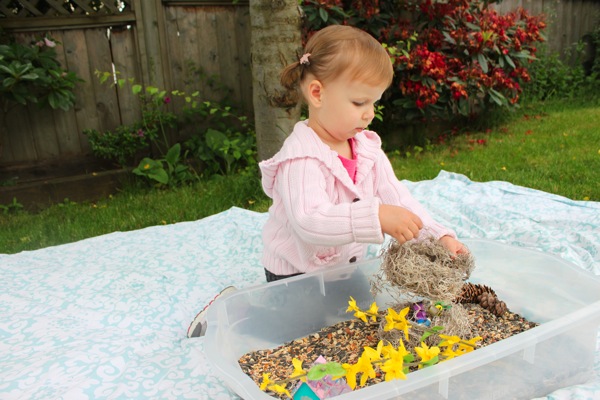 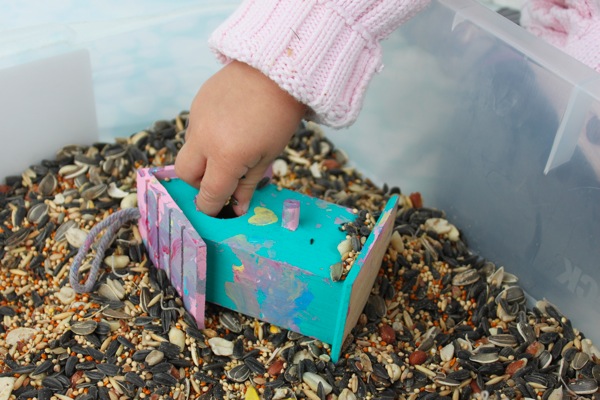 Shortly after, the birds started flying!  Accompanied by little ‘whooshing’ sounds, they zipped through the air doing dives, spins, and figure eights.  Hilarious. 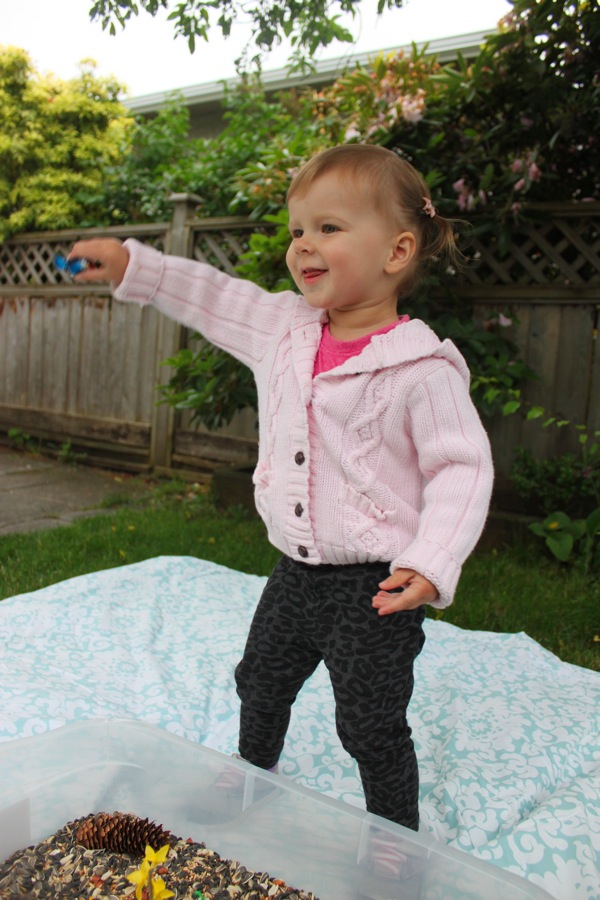 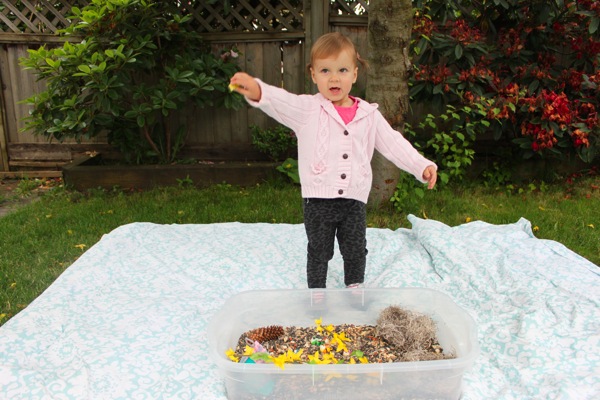 Then it was time to empty the bin so that there was plenty of space for hand burying. 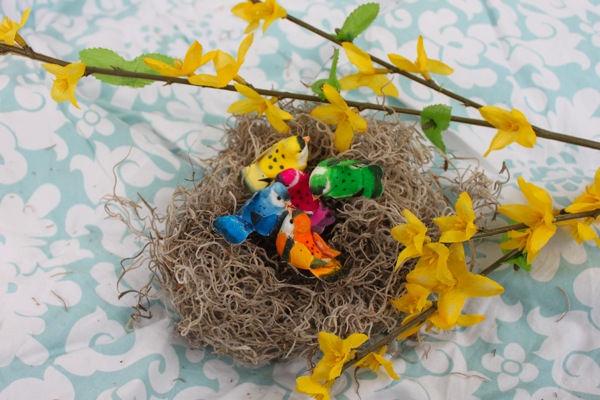 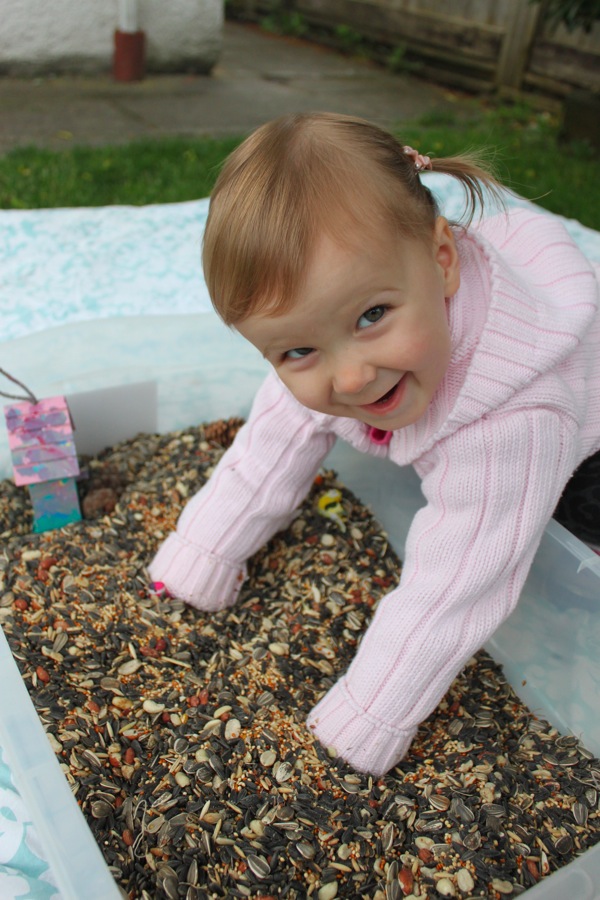 After selecting the very best peanuts from the mix, Gracen took the time to hand feed each bird.  She tapped the peanut onto the birds’ beaks, and naturally, each responded with an enthusiastic “nom-a-nom-a-neh”. 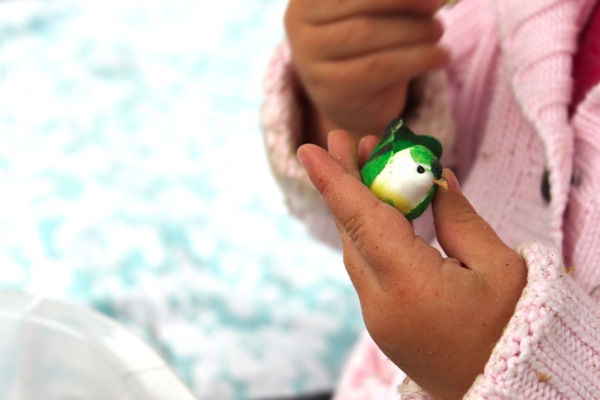 With all of the birds properly cared for, it was time for the real fun.  Gracen’s sensory bin finale of sorts.  Off came the shoes, and in went the munchkin! Needless to say, we had seeds everywhere. 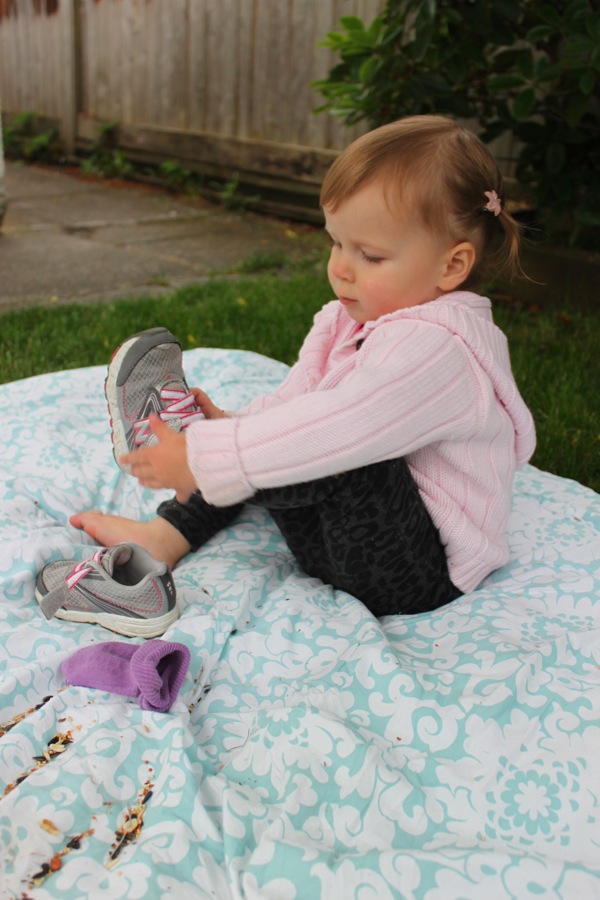 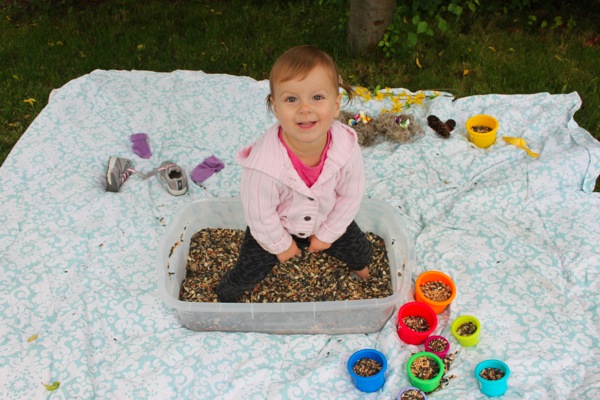 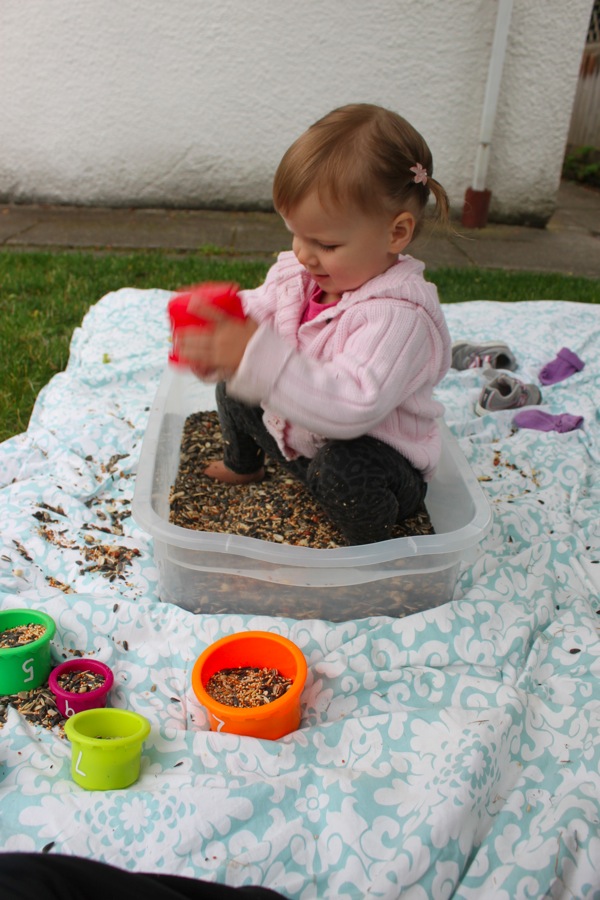 And then this happened.  Perhaps she’s working on a new grand finale?  I don’t know, but all I can say is that I’m happy she chose to break me in with this new maneuver on a bird seed day instead of a cloud dough day. 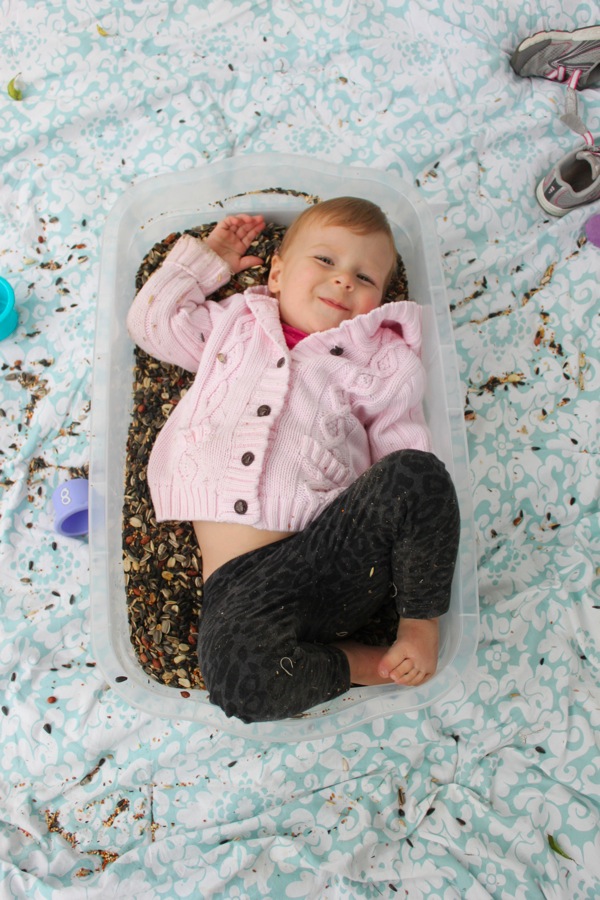 Feathers, small pretend eggs, and anything found around the yard (sticks, leaves, flowers, etc.) would make great additions to this sensory bin.
You can see Gracen’s beach, ocean, gardening, moon dough, and construction-themed bins by clicking on the links.