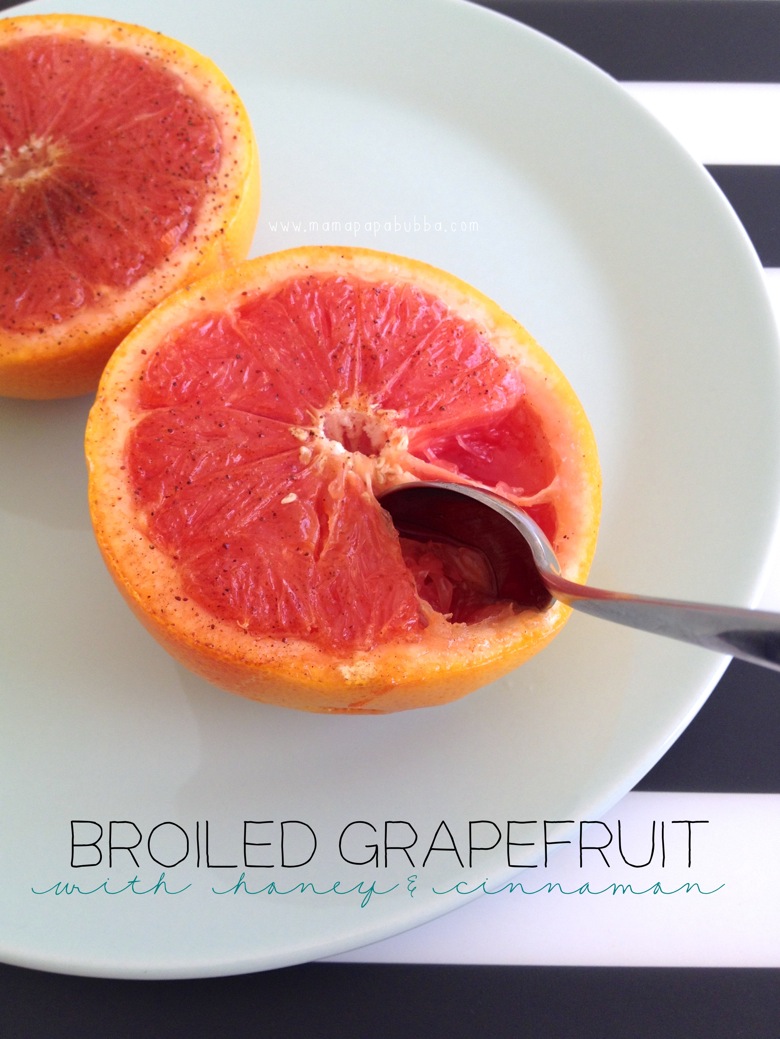 I had completely forgotten about this delicious broiled grapefruit until it donned on me last night as Grae and I were sharing a grapefruit for dessert.  I’m not sure where I originally got the idea from, but when she was a tiny little thing, I’d simply broil hers with a little cinnamon on top, while mine would include a little bit of honey too. Now that she’s older and I don’t mind her having a little bit of honey here and there, this morning she got to try the real deal. 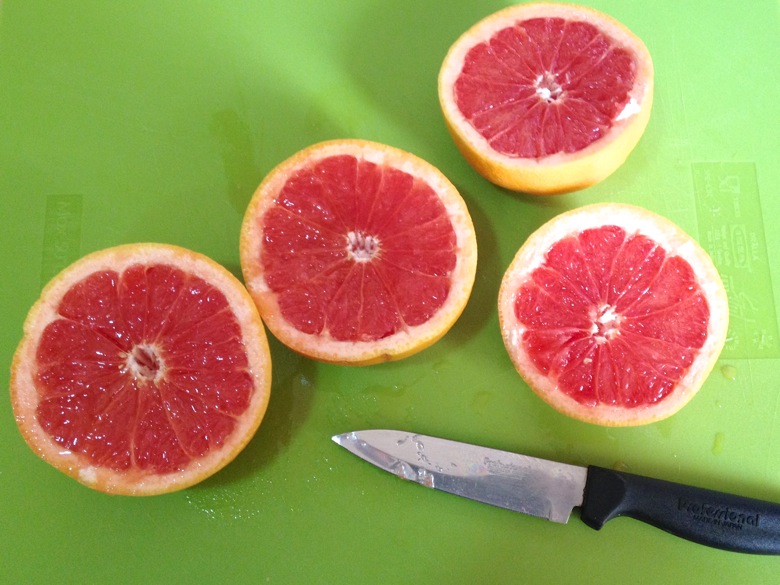 Of course, she had to help make them too.  First up, she chose 2 grapefruits from the fridge and I cut them each in half and sliced around each segment to make scooping out the fruit easier later on. 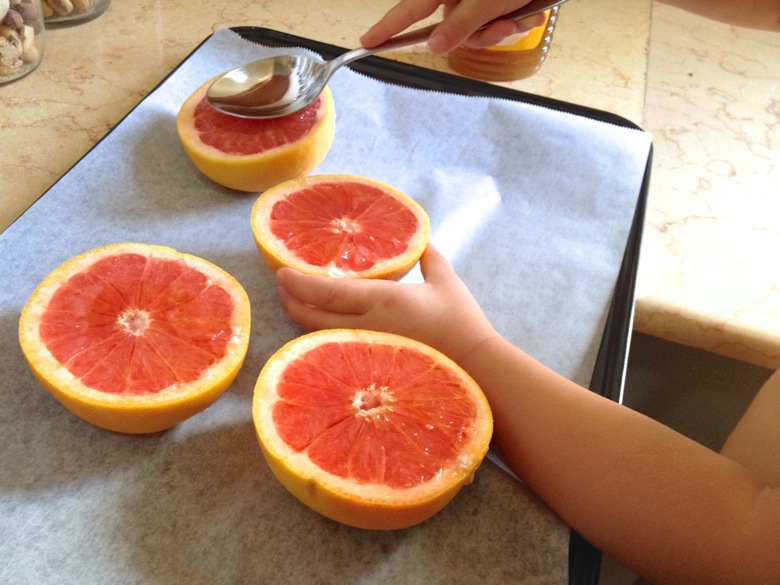 Then, she drizzled a little bit of honey on each half and spread it around with the back of a spoon. 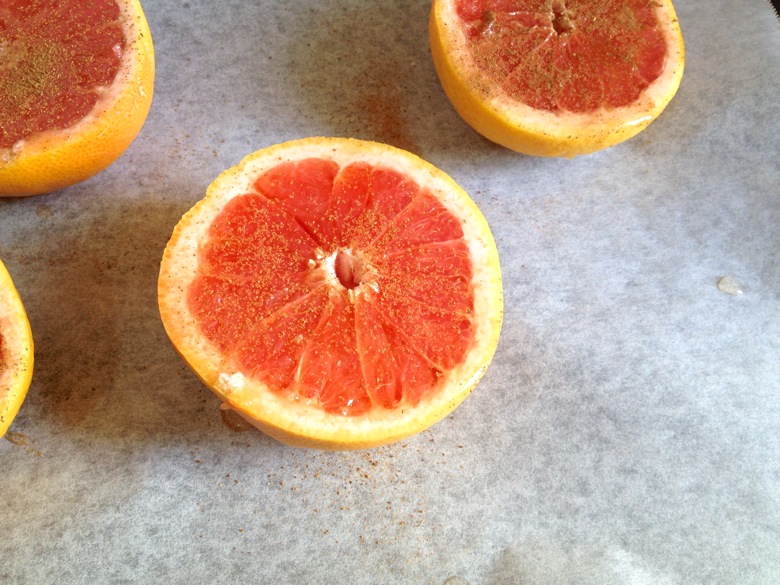 Next, came the cinnamon.  Now when you live with a cinnamon monster, you always have a shaker full of the stuff.  My halves got a light sprinkling, and hers got a heavy one. 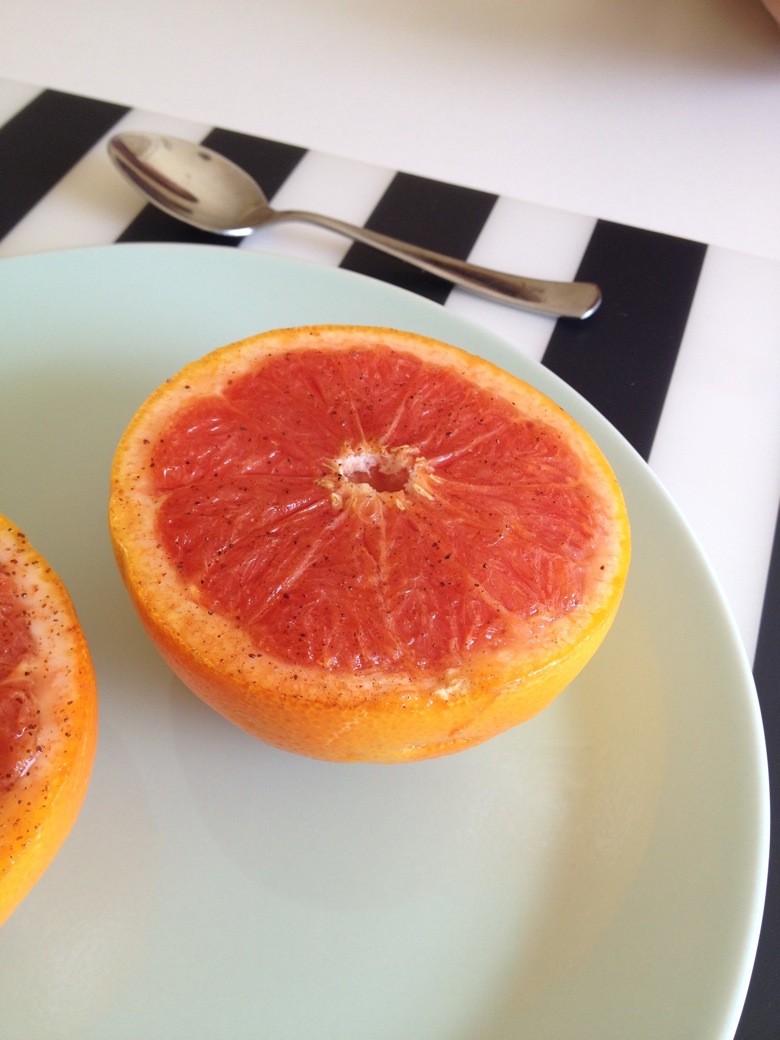 Then it was into the oven they went.  Back in Canada where we had a decent oven, we usually broiled these for 3 to 5 minutes, just until the tops were starting to bubble and turn golden.  Here in Kuwait, we left ours under our pitiful broiler for 25 minutes and they still weren’t all that golden, but they were warm and delicious… Good enough for us!

One thought on “Broiled Grapefruit With Honey and Cinnamon”